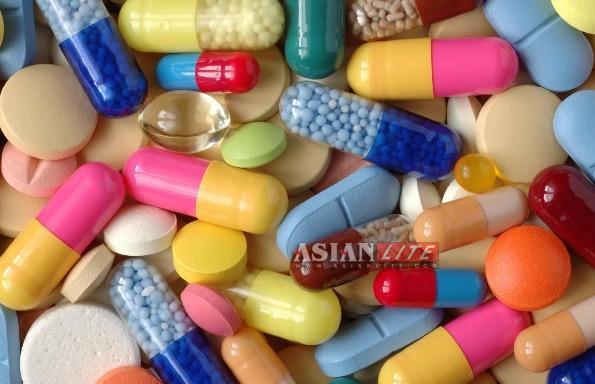 Thousands of NHS patients, some seriously ill, have not received vital medicines on time because of problems at the company contracted to deliver the drugs to these patients in their own homes reported Corporate Watch.

The failures in the service offered by private contractor, Healthcare at Home, have been described by patient groups as ‘appalling’ and ‘unsafe’, and have left patients with live-threatening conditions frightened about their ability to get hold of their drugs.

After a flood of complaints the pharmacy watchdog was invited by Healthcare at Home to investigate the service and has now given the company three months to sort out its problems.

Healthcare at Home dispenses and delivers more than 1 million prescriptions annually to over 150,000 patients who are suffering from serious illnesses such as cancer, haemophilia, HIV and multiple sclerosis, or who are receiving fertility treatment or drugs following organ transplants.

The company delivers drugs to these patients’ homes. Over the last six months a number of issues have affected this service. The company admits that over seven percent of the company’s patients have been left waiting at home for vital medicines that failed to arrive at the scheduled time. Some have not received their medication in time.

Affected patients have further had to endure unacceptably lengthy waits on the company’s clogged phone lines to rearrange the deliveries.

In April at the request of the company the General Pharmaceutical Council, which regulates pharmacists, inspected Healthcare at Home with inspectors from the Care Quality Commission.

The inspection found that a ‘proportion of patients did not receive their medicines at the scheduled time. The consequent telephone enquiries from these patients overwhelmed Healthcare at Home’s customer service team. This led to complaints being unresolved and patients being left confused and uncertain about when and whether their medication would arrive.

‘While a number of measures had been taken by the time of the inspection…  Healthcare at Home needed to do more to remedy the situation,’ the Council concluded. The watchdog has ordered the company to fix the issues effecting its service within three months.

The GPhC put the problems down to two key issues: the outsourcing of distribution arrangements to another company in an attempt to extend its service to include weekend and evening deliveries, and the addition of almost 3,000 extra patients which it took over after another provider withdrew from the market. In addition the company claimed it had problems in November with the supply of a particular drug.

The company said it was working hard to address the issues and had increased its customer service staff by more than 60%.

Service is ‘appalling’ and ‘unsafe’

Patient groups accept the company may be trying to deal with the problems but claim it remains overwhelmed by the issues.

Liz Carroll, chief executive of the Haemophilia Society, which represents patients with the blood-clotting disorder, described the failures as ‘unacceptable and unsafe.’  She said they are spending ‘hours every week’ trying to sort out the problems.

‘We have met with Healthcare at Home and it’s clear they are trying to tackle the problems, but they seem to be overwhelmed.

‘It is very frightening for patients when their drugs don’t arrive because failure to take their treatment could be life threatening. Then there are practical issues, like deliveries taking place at 2am, or treatment being sent to the wrong address, or cotton wool being provided instead of needles,’ Carroll added.

Nick Rijke, Director of Policy and Research at the Multiple Sclerosis Society, said: ‘It is a disgrace that essential medicines have not been reaching people who need them, and that this problem has been allowed to go on for so long.’

In a letter sent to Healthcare at Home, on May 9, the MS Society stated: ‘Far from being fixed, the problems appeared to be worsening’. The letter quoted a specialist nurse working in the south west, where the problems seemed to be the worst, saying that at 10am she had already dedicated two working hours to dealing with ‘Healthcare at Home-generated chaos’.

The Royal Devon & Exeter Hospital currently has 129 multiple sclerosis patients who receive drugs from Healthcare at Home. Since March 5, over a fifth of these patients have contacted an in-house pharmacy team because they have had problems with their deliveries.

University College Hospital in London, which currently has 1500 patients who receive drugs from Healthcare at Home, says it has stopped giving the company new referrals. And nearby Guy’s and St Thomas’s NHS Foundation said Healthcare at Home has been subject to fines over the last few months due to failed deliveries.

In Gateshead the Queen Elizabeth Hospital has stopped using Healthcare at Home to provide drugs to its private IVF patients because of complaints.

In 2013 Healthcare at Home took over almost 3,000 patients from another drug delivery company, Medco Health Solutions which pulled out of the UK market last autumn, just three years after entering it.

Medco’s 14,000 patients were transferred to other providers, including Healthcare at Home, and other healthcare providers, Evolution Homecare and Bupa.

Although it did not take the lion’s share of patients Healthcare at Home struggled to cope with the rise in demand for drug deliveries.

Minutes of a meeting held with the Department of Health on December 11 2013 show that a ‘full and frank discussion took place which involved an explanation as to the cause of recent service issues [by Healthcare at Home’s representatives] and how they are being resolved by the company.’

In January the company issued a statement to patient groups blaming ‘a substantial and unexpected rise in demand’ for homecare services, which had caused ‘significant disruption and backlog of deliveries’ ‘over the past few months.’

The statement reassured patients that the company was ‘working round the clock’ to solve operational issues that had caused ‘significant disruption’ over the ‘past few months’.

Three months later in March 2014 Healthcare at Home said that it was no longer accepting new ‘high risk’ patients such as those suffering from haemophilia or respiratory diseases like cystic fibrosis because it could not guarantee getting their drugs to them on time or in full.

This time the company blamed IT issues and a ‘system failure’ relating to the firm’s outsourcing of its logistics and warehousing departments.

On April 10 NHS England issued an alert to NHS trusts stating that reports of drugs failing to be delivered on time had ‘increased significantly’.

It told trusts to put alternative methods of supply in place for patients whose deliveries were delayed and to assess providers’ capability before assigning them more patients.

Ruth Poole, Healthcare at Home’s clinical director said the firm’s deliveries had been affected since November 2013, but she said the company was working hard to deal with problems.

‘We regret that the delivery service some of our patients have been receiving is unsatisfactory and we apologise to any patient that is affected,’  she said. ‘We fully understand the inconvenience and anxiety caused by agreed delivery slots being missed.’

She added: ‘We have increased our customer service capacity by 60%. We are not paying attention to cost when fighting this. We will spend what we need to.’

She directed patients to a new support website which will give patients up to date information about the current service and steps being taken to improve deliveries and call queuing times.

Dave Roberts, chief executive of the National Clinical Homecare Association, says there are questions about whether the rapid growth and low profit margins in the sector have contributed to the situation.

‘There’s been 20% growth in this sector year on year for several years now in terms of numbers of patients – that’s a very rapid expansion. But profits in this sector are just 2-4%.

‘That is a poor return given the extent of capital investment needed and the governance and logistics issues. As NHS budgets have fallen, all the slack has been cut out of contracts,’ Roberts added.

In its most recent published accounts Healthcare at Home, which is majority-owned by private equity firm Vitruvian Partners, reported a turnover of £1bn, with pretax profits of just £15m.

Unlike rival BUPA, which is a not-for-profit company, Healthcare at Home is a specialist in home healthcare, meaning all its profits have to come from the sector.

Healthcare at Home is one of a panel of firms approved by the Department of Health to provide drugs delivery services to the NHS.

The DoH has recently asked the firms to re-tender for panel positions and final decisions on membership of the panel are now being made.

The Haemophilia Society has been involved in the decision-making, but says they are not allowed to take Healthcare at Home’s past performance into account when deciding whether they should be included in the new panel.

‘We have been advised that when making a decision on which firms should be included in the framework panel, we can only consider the content of the bids,’ says Ms Carroll. ‘We are not allowed to take a company’s past performance into consideration. We have asked for that to be changed. As a patient organisation we cannot just forget the experiences of our members.’

She added: ‘I understand there are challenges in getting enough companies that are able to meet the criteria.

‘We have far more patients who would like to receive home treatment than currently do, but we understand that the companies could not cope with that level of patients.’