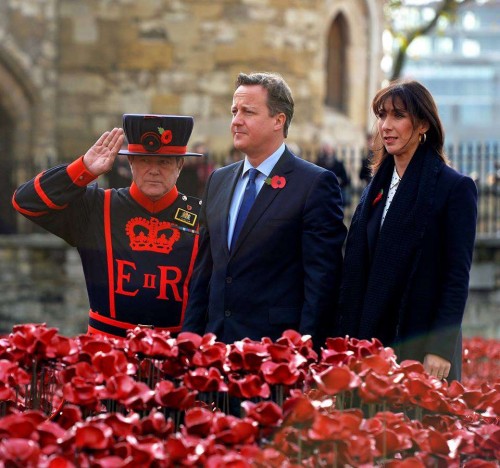 A two-minute silence was observed  all across Britain to mark the anniversary of the World War One armistice.

A number of ceremonies will also take place to remember those who died during the war, BBC reported.

Veterans and dignitaries will gather at the Tower of London, against a backdrop of an art installation featuring more than 800,000 ceramic poppies.

The art installation – “Blood Swept Lands And Seas Of Red” – features 888,246 ceramic poppies, each one representing a British or colonial death during the First World War.

Artist Paul Cummins will hand a young cadet the last poppy to plant as part of the service.

The two-minute silence began at 11 a.m.

In London, there will be services at Westminster Abbey, the Cenotaph and Trafalgar Square.

In Edinburgh, the two-minute silence will be observed at the Field of Remembrance in the city’s Princes Street Gardens.

The silence will be marked at the National Memorial Arboretum in Staffordshire.

Commemorations have also been organised in northern France and at the Menin Gate memorial in Ypres, Belgium.

This year marks the 100th anniversary of the start of World War I, 70 years since the D-Day landings and the end of Britain’s conflict in Afghanistan.

Armistice Day has been marked Nov 11 every year since 1919 – a year after the Allied forces signed an agreement with the Germans that ended the war.