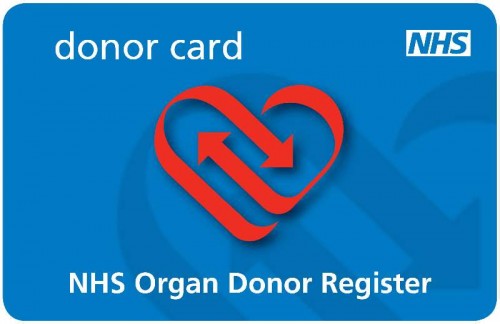 While many people across the UK are looking forward to presents and spending time with their families this festive season, regardless of their religious heritage, 6,891 people on the transplant list are hoping for the gift of an organ, including 1,077 Asian people.*

This December, NHS Blood and Transplant is running a seasonal campaign to draw attention to what life is like for the thousands of people waiting for a transplant at this time of year. The campaign aims to encourage people from all communities to join the NHS Organ Donor Register.

Asian people are more likely to need an organ transplant than the rest of the population because they are more susceptible to illnesses such as diabetes, kidney disease, some viral infections and heart disease, which may result in organ failure and the need for a lifesaving transplant.

And sadly, not everyone waiting will get the transplant they need. New figures show that 326 Asian people have died on the waiting list in the last five years because of the lack of suitable organs.**

Other people have been more fortunate and will be looking ahead to spending time with their families. 449 Asian patients across the UK have received a transplant from a deceased donor already this year thanks to families agreeing to donate a loved one’s organs.***

Organs are matched by blood group and tissue type and the best matched transplants have the best outcomes. Patients from the same ethnic group are more likely to be a close match. Last year, only 36 per cent of black, Asian and minority families agreed to allow their relative’s organs to be used, compared to an average of 59 per cent for the overall population.

Through its Christmas List campaign, NHS Blood and Transplant is highlighting the stories of patients waiting for a transplant and those who have received them, donor families and nurses who support families when they donate a loved one’s organs.

Choudry Mohammed Ikram from Wakefield, a father and a civil engineer who has been on the kidney transplant waiting list at St James’s Hospital in Leeds for three years and needs evening dialysis three times a week. Mohammed said different Islamic scholars give different views on organ donation and said: “My own view is that the Prophet, Peace Be Upon Him, said to save a life is one the highest duties you can carry out.”

Mazim Ali, a pharmacist from Birmingham, had a kidney transplant on the same day as his sister in law. He is now a Peer Educator for Kidney Research UK. He is involved with the Sadqa Project, carrying out talks in the Pakistani Muslim community about the importance of donation. He said: “Even if my workencourages one person to sign up to the organ donor register, and make someone’s life better, I will feel like I have helped achieve something.”

Sally Johnson, NHS Blood and Transplant’s Director of Organ Donation and Transplantation, said: “An organ from someone of the same ethnic group is more likely to be a better match.

“Sadly, fewer people from black, Asian and minority ethnic groups agree to organ donation which means that people from these communities often wait longer for a transplant and are more likely to die before a suitable organ can be found.

“We urge Asian people to find out more about organ donation, to sign the Organ Donation Register, and to tell their families about their decision to donate.”

Angela Ditchfield, is an NHS Blood and Transplant Specialist Nurse in Organ Donation who has worked at Manchester Royal Infirmary and currently works with faith communities in Blackburn.

She said: “We know that there are several perceived barriers to donation including religion and we’re working closely with faith leaders and communities to raise awareness of organ donation and transplantation.”

Peter Storey from Kidney Research UK said: “We encourage people to make an informed choice about joining the organ donor register, and it’s equally important that they discuss their wishes with their family.”

Magdi Yaqoob, Professor of Nephrology at Barts Health NHS Trust in London, said: “Too many people miss out on special occasions as they are too poorly to celebrate with family and friends. And for some, it will be their last chance. The tragedy is that if more of us signed up to be an organ donor then there would be no need for people to have to wait for a transplant, and more lives would be saved.”