As a crackdown on sham marriages, the government in Britain has decided to automatically investigate all proposed weddings which involve non-European citizens who don’t have the right to stay in the UK. 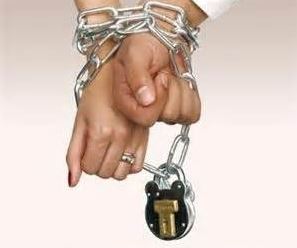 According to the new rules, registrars will now have to tell the Home Office about any proposed marriage involving a person who has limited or no immigration rights, reports The Sunday Times.

If any person is found of staging marriages to secure the right to stay in the UK, a thorough investigation will be conducted leading to a delay of the ceremony by up to 70 days.

Overseas citizens on student visas, failed asylum seekers or those with limited or no leave to remain in the UK would be among those referred to the Home Office.

Civil liberties campaigners said the move was draconian and interfered with the rights of UK citizens to get married, but ministers insist the reform is designed to stop people “cheating their way into staying into the UK”. Three investigation units have been created to deal with cases, reported the newspaper.

The changes will be introduced from March 2015. It will also require all couples to give 28 days’ notice of their intention to marry instead of the current 15 days.

We will not tolerate those who seek to abuse marriage as a means of cheating their way into staying in the UK,” James Brokenshire, the immigration minister, was quoted as saying.

But Shami Chakrabarti, the director of the civil rights group Liberty, is of the opinion that delaying a person’s marriage is “an encroachment of a British national’s right to have your relationship solemnised.”

Statistics reveal that in 2013 nearly 840 people were arrested for sham marriages and 294 were deported.