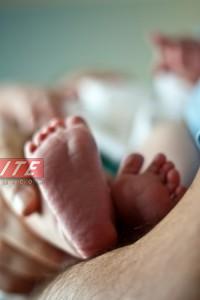 While government hospitals in developing countries are usually looked down upon, hospitals in a country like Britain too are not an exception to their share of shortcomings.

A top British health official has revealed how the authorities had to issue an urgent recall after finding that a stock of liquid food linked to death of an infant and blood poisoning in 14 newborns was supplied to 22 hospitals.

According to Paul Cosford, the head of Public Health England (PHE), an urgent recall had been ordered after a contaminated batch of the food was suspected of causing the septicaemia that killed a baby at a neonatal intensive care unit at London’s Guy’s and St. Thomas’ hospital, the Guardian reported Thursday.

Another 14 premature babies in six separate hospitals in London and the south-east all suffered food poisoning after receiving drips containing a batch of liquid feed from a specialist company based in north-west London, ITH Pharma. They are responding to antibiotics but are described as poorly by PHE.

The emergency developed rapidly over the weekend with one baby after another falling ill, triggering a frantic search to identify the source of the bacteria causing the life-threatening septicaemia, Cosford told BBC during a programme.

He said the feed was the “most likely cause” of the infection and an urgent investigation was under way into what went wrong.

The feed was infected with a bacterium known as Bacillus cereus, PHE said.

A top official of the north-west London based company said the firm was cooperating fully with the investigation.

Cosford said: “We know there are 22 hospitals across the country which received this product. We also know that this product is no longer being used. It is a very short-life product and the regulator has put out an urgent recall to make sure that there isn’t any that is being used.”

A statement issued by the manufacturer of the feed said: “ITH Pharma is very saddened to hear about the death of a baby in hospital, and that 14 others are ill with septicaemia.

ITH Pharma is a specialist manufacturer of parenteral nutrition, which is given to babies in neonatal intensive care units, the company said.