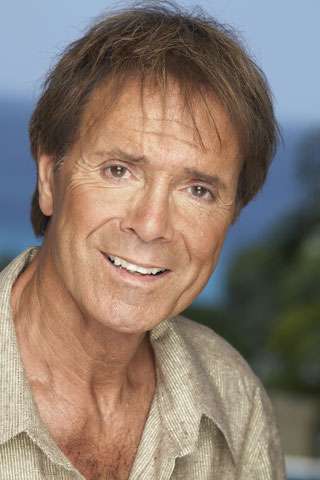 His colleagues in the media office were convinced that the broadcaster would run a story about the investigation without some kind of deal, he told the Commons Home Affairs Select Committee.

But BBC director general Tony Hall said that most of the information about the investigation into Cliff Richard was volunteered by South Yorkshire Police and committee chairman Keith Vaz concluded proceedings by saying that the BBC had behaved “entirely properly”.

Crompton said: “We were placed in a very difficult position because of the original leak and the BBC came to us knowing everything that we knew, as far as the investigation was concerned,” he said.

“My concern was that if we showed the BBC the door, the very clear impression which had been left with my staff in the media department was that they were likely to publish the story. That would have impeded our investigation.

“I’m confident that we made the right decision in difficult and unusual circumstances.”

Vaz put it to Crompton that the broadcaster had blackmailed him, but Crompton replied: “Blackmail is a very strong word. It put us in a very difficult position.”

South Yorkshire Police has already complained to the BBC about its coverage of the search of Sir Cliff’s Berkshire penthouse on 14 August, claiming that an analysis piece posted on the broadcaster’s website falsely gave the impress that the force wanted to maximise publicity around the raid.

He said he did not go to BBC senior management to ask them not to run the story because: “I did not really have that much faith that we could trust it wouldn’t be published…

“You only have to look at Leveson to find a number of examples that were core to that particular inquiry where the media decided to publish anyway. That was something very much in my mind.”

On the day of the raid on Richard’s home the BBC filmed the arrival of officers from a helicopter at 9.30am and used the story to lead the 1pm news. Live footage was broadcast of police leaving the property.

Crompton said: “I do think the BBC over egged the pudding. If I’d realised that the coverage was likely to be as intrusive as it turned out to be maybe we might have looked at it differently. It didn’t make any of us look good.”

He said of the initial police contact with reporter Johnson: “We had two weeks before received the information from Operation Yewtree – they had as much.

“We found ourselves in the position of trying to gain the trust of the BBC to stop them publishing the story.”

“We had a job to do and we have an investigation. That investigation could never be  done in a low profile way because it was fatally compromised from the outset…

Committee chairman Vaz said he was he was “amazed at sheer incompetence in way this matter was dealt with” by South Yorkshire Police and said there was a “gross lack of competence”.

Director general of the BBC Lord Hall said: “Had the chief constable come to the news editor, the head of news gathering, James Harding or myself and said to us if you run this story you will hinder this investigation we would have not have run this story…

“The reporter concerned went to South Yorkshire Police to discuss a number of stories and said he had a tip off from a source referring to Cliff Richard. That was all he had…

“’What about Cliff Richard’ is what was said…at that point a meeting was arranged and he was then briefed on that story.”

BBC head of newsgathering Jonathan Munro said South Yorkshire Police provided an aerial photograph of Richard’s property in advance of the raid and details of when they would be arriving and by what entrance.

He said there was no additional cost to the BBC in using the helicopter because it was paid for on an annual retainer and was a shared cost with ITN.

Vaz concluded by saying that in his opinion “the BBC have acted entirely properly with regard to this matter”.