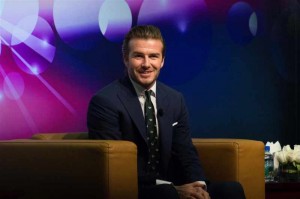 The 39-year old is likely to call it – Beckham’s Bistro.

“It’s got a good ring to it. It will be about dining. I’m a foodie and dining is a big part of this,” dailystar.co.uk quoted Beckham as saying.

The US restaurant venture comes on the back of his tie-up with the Las Vegas Sands Corporation, in which he has agreed to promote their property in Asia.

The deal could pitch him in the kitchen against his pal chef Gordon Ramsay.

Father of four – the former Manchester United hero and his wife Victoria, 40, were recently valued in the Sunday Times Rich List as being worth 210 million pounds.

Beckham, who quit football last year after a medal-laden 21-year career having played for United, Real Madrid, LA Galaxy, AC Milan and Paris Saint-Germain, is also in the process of setting up his own Major League Soccer club in Miami, Florida.