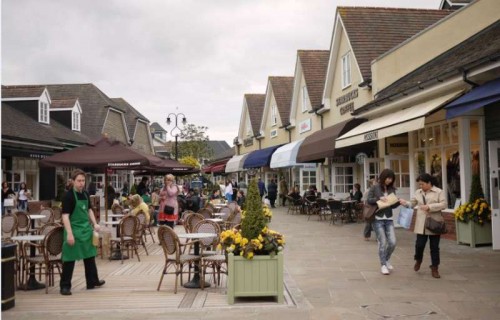 A market town that traces its roots back to Saxon invaders in the sixth century was named as the answer to a housing crisis in the overcrowded Home Counties area of England.

Around 100 million pounds ($157 million) will be spent on roads and utilities infrastructure and loans to house buildings. It would more than double the size of the town from its current 29,000 inhabitants.

Around 13,000 new houses will be developed, all with gardens, aimed as lower-cost homes for younger families.

Garden city projects were popular in England a century ago, to be replaced in the second half of the last century by 27 “new towns” stretching from Scotland to many regions of England.

With a growing need for new homes, the British government sees garden city schemes as a way of meeting the demand. The first of a new generation of garden cities was announced earlier this year in Kent, also in the Home Counties.

Housing experts say more new towns and garden cities will be needed over the coming seven years, equivalent to the building around London of 18 Olympic Park-sized communities.

British Deputy Prime Minister Nick Clegg has championed new towns across England, saying Tuesday he hoped Bicester will be the first of “another wave” of garden cities that will help solve Britain’s housing crisis.

He said his party, the Liberal Democrats, has long argued that garden cities are an idea whose time has come again.

“This is a significant victory for the approach championed by the coalition government, where local areas put their hand up and say we want to become a garden city or garden town,” Clegg said.

“I hope many other towns will follow Bicester’s lead and we will see more garden cities spring up that have the affordable, well-designed homes with proper transport links, services and amenities, which our young families want and need,” he added.

Most of the new homes will be built on a brownfield site, once occupied by what was one of the world’s first military airfields.

The Royal Flying Corps, which later became the Royal Air Force moved onto the 0.78 square hectare site in 1917.

Bicester, 24 km from the university city of Oxford, is said to be ideally located as a commuter town, around an hour from central London and less than an hour to Heathrow Airport. With a major interchange junction on the M40 motorway, it has easy access to the capital as well as to Birmingham.