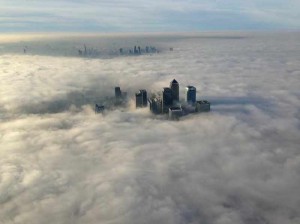 Five of the world’s biggest banks are to pay fines totalling £2 billion after regulators today lifted the lid on what looks to be the biggest scandal to hit the industry yet.

The penalties from three bodies including the UK’s Financial Conduct Authority (FCA) relate to the rigging of the £3 trillion-a-day foreign exchange markets, adding to the large sums already collected over Libor fixing reported Huffington Post.

The FCA has now issued record fines worth £1.1 billion on five banks for failing to control business practices in their foreign exchange trading operations, including the state-backed Royal Bank of Scotland, which has been fined £217 million by the FCA as well as 290 million US dollars (£182 million) by the US Commodity Futures Trading Commission (CFTC).

The others involved in the settlement are Citibank, HSBC, JPMorgan Chase and UBS. Barclays said it continues to hold discussions with regulators.

The FCA said traders at different banks formed tight-knit groups in which information was shared about client activity, including using code names to identify clients without naming them.

Names given to these groups included “the players”, “the 3 musketeers”, “1 team, 1 dream”, “a co-operative” and “the A-team”. Traders shared the information obtained through these groups to help them work out their trading strategies.

The prices in the forex market are set at the 4pm “fix”, a City benchmark set by the median price of trades taking place in a 60-second window, with traders allegedly putting in client orders ahead of this window in order to influence the benchmark against which currencies are priced.

“They must make sure their traders do not game the system to boost profits or leave the ethics of their conduct to compliance to worry about.”

An inquiry by the Bank of England found that no official was involved in any unlawful or improper behaviour in the forex market.
However one member of staff was aware that bank traders were sharing information about client orders for the purpose of “matching” – a practice that can increase the potential for improper conduct – but did not raise the alarm to superiors.

The Bank of England’s review, carried out by Lord Grabiner, extracted and applied search terms to 1.8 million documents and reviewed nearly 66,000 documents and 87,000 telephone calls.

RBS said it has placed six individuals into a disciplinary process, three of whom are currently suspended, pending further investigation.

It said it has analysed millions of documents and is reviewing the conduct of more than 50 current and former members of trading staff around the world as well as dozens of supervisors and senior management.

RBS chairman Sir Philip Hampton said: “The RBS board fully accepts the criticisms within today’s announcements and condemns the actions of those employees responsible for this misconduct.

“Today is a stark reminder of the importance of culture and integrity in banking and we will rightly be judged on the strength of our response.”

Chancellor  George Osborne said a number of traders have been suspended or fired and the Serious Fraud Office is conducting criminal investigations.

He added: “The banks that employed them face big fines – and I will ensure that these fines are used for the wider public good.

“Today also shows why we were right to create a powerful new financial regulator, implement the conclusions of the Parliamentary Commission on Banking Standards, and set up – with the Bank of England – the Fair and Effective Markets Review.

“All of this action means the world can have confidence in the integrity of Britain’s financial markets.”