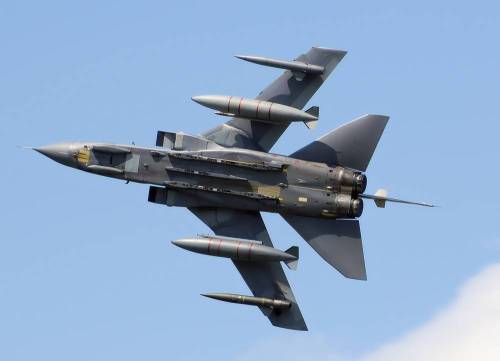 Britain has sent two Royal Air Force (RAF) Tornado jets to participate in the US-led airstrikes against the Islamic State (IS) Sunni radical group in Iraq, a day after parliament voted in favour of action against the militants, media reports said Saturday.

The British fighters took off from RAF’s Akrotiri station in Cyprus, the ministry of defence said.

“We can confirm that, following parliamentary approval given yesterday (Friday), RAF Tornados continue to fly over Iraq and are now ready to be used in an attack role as and when appropriate targets are identified,” BBC quoted the ministry as saying in a statement.

RAF Tornados have been flying reconnaissance missions over Iraq for the past six weeks, the report added.

Voting 524 to 43 Friday, British lawmakers overwhelmingly supported airstrikes against IS militants, giving the green light to military intervention in Iraq.

British Prime Minister David Cameron had demanded a recall of parliament to debate on British involvement in the airstrikes in Iraq after the Iraqi government asked Britain to help fight the IS.

Meanwhile, an airstrike was launched Saturday morning against the militant group in the besieged town of Kobane in Syria, just metres from the border with Turkey, MENA reported.

According to the report some 140,000 people have fled into Turkey from from Kobane and adjoining areas over the past week.

The IS controls much of northeastern Syria and earlier this year seized swathes of territory in neighbouring Iraq, including Mosul.