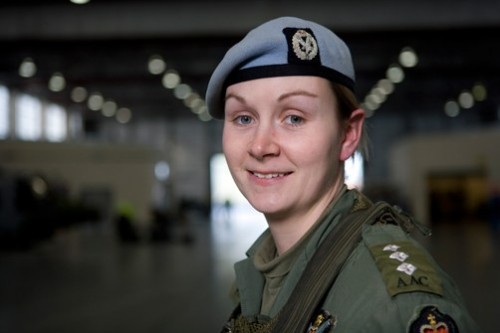 In a first, women could be allowed to serve in the British infantry units by 2016, a media report said .

An army review of the ban on women serving in close combat is continuing, having been commissioned by former Defence Secretary Philip Hammond, BBC reported. But military officials say there is now a “real desire” among ministers for ending the restrictions.

However, concerns remain if the women can cope with the physical demands of an infantry soldier. There are also concerns that if they become injured, this could lead to claims for compensation.

Presently, the women can serve on the front line, but not where the primary aim is to “close with and kill the enemy”, meaning they are not permitted to serve in the infantry or armoured corps where they could be involved in close combat.

Female aircrew have been flying combat missions over Iraq, and this year the Royal Navy allowed women to serve on submarines for the first time.

Women soldiers have also been on the frontline in Afghanistan although in support roles, such as as medics and bomb disposal experts.

A defence source has said that the wellbeing of British personnel is of the utmost importance, but there is now genuine hope that all areas of the armed forces will be opened up to women, following further research conducted as part of the army review.

The defence ministry said it needs to carry out more research but military sources say that if those concerns are addressed, women could eventually serve in units like the infantry.