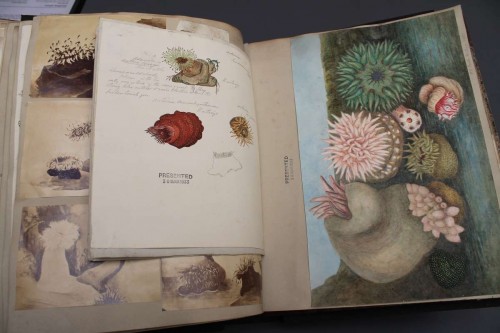 Records of India’s diverse flora that exist in museum archives in India and London are all set to get digitised and made available electronically in a unique knowledge repatriation venture.

In a collaborative exercise between the Indian Museum, Botanical Survey of India (BSI) and the University of Sussex in Britain, officials are exploring the possibility of digital repatriation of facsimiles of Indian flora.

Digital repatriation refers to the return of culturally significant texts to their site of origin in digital form and has become an increasingly common means of cultural exchange.

“I am here in India to liase with the Botanical Survey of India and the Indian Museum about their collections of natural history (mainly botany) and see how we can rescue them, help digitise the collection of London’s Natural History Museum so that we can have some digital repatriation, so that we can merge these collections and help with new flora of India,” Vinita Damodaran, senior lecturer in history (International Development) at the University of Sussex, told IANS.

Damodaran, an authority on climate heritage and modern history of India, delivered a lecture on E.K. Janaki Ammal, the first Indian woman scientist to get a doctorate degree. She is also related to Ammal.

The project would involve copies in possession with the Indian Museum, BSI and London’s Natural History Museum (NHM).

The NHM is home to the largest and most important natural history collection in the world, with over 70 million specimens ranging from microscopic slides to mammoth skeletons.

With over 30,000 artworks dating from the 1750s to the 20th century, NHM’s India collection reflects why this country’s rich natural history was so important for the British East India Company.

“It would help push the development of the next 100 years of flora. As BSI director Paramjit Singh said, there are no facsimiles of the entire flora… no new flora of India… We need entire facsimiles… they have only bits and pieces,” Damodaran said.

In repatriating digitally, first, detailed photographic documentation of the records are done and they are then made available by an electronic source.

“It’s an exercise of knowledge creation and knowledge repatriation,” she explained.