Leicester-born actress Nita Mistry has lent her support for the new domestic and sexual violence campaign by starring in a film that illustrates the role friends and family can play in stopping abuse.

The film’s storyline focuses on a woman called Michelle who lives with a violent partner. It explores the breakdown of Michelle’s relationship through incidents that illustrate a gradual build-up of abuse and how she changes as a result. 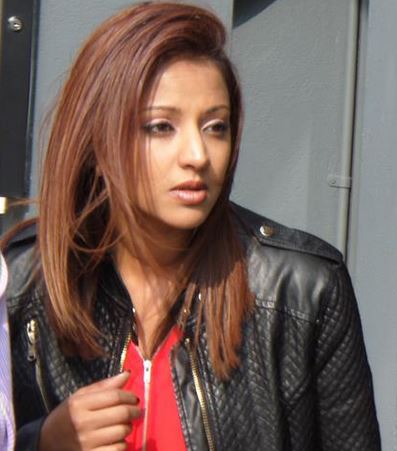 Shot from the point of view of Michelle’s friend who is played by Nita, the film highlights the importance of spotting signs of abuse before it is too late.

It is estimated that 50% of women will tell their friends and family about problems in their relationships, but those warning signs are not always considered serious.

The film has been created as part of the ‘How Many Times’ campaign, which was launched on November 25 to create awareness of the dedicated domestic and sexual violence support services in Leicester, Leicestershire and Rutland.

The film has been shot with two different endings, one tragic, and the other telling how Nita’s character encouraged her friend Michelle to seek help.

The two versions are designed to challenge viewers to think about the different scenarios presented, and what they would do in the same situation.

Nita, who has appeared in shows such as Casualty and New Tricks, said: “The character I play in the campaign film is best friends with someone who experiences domestic and sexual violence, but doesn’t pick up on some of the touch points associated with it.

“As a result, the abuse escalates and her once happy, outgoing and strong friend becomes a shy, introverted and frightened woman. I hope the film challenges people, gets them thinking and starts conversations about these issues, which affect all our communities

“Sometimes we ignore, or don’t fully comprehend what people tell us, especially cries for help, and that can have consequences.

“I am really pleased to support this campaign. By getting involved in it, I’ve found out that there’s a whole range of support out there for people who are experiencing domestic and sexual violence in Leicester, Leicestershire and Rutland. If you need help, or know someone that does, pick up the phone. It’s that simple.”

Alison Morley from SAFE, the organisation that provides the city council’s domestic violence support services, said: “We help around 2500 men and women a year in Leicester, so there is clearly a need for our services.