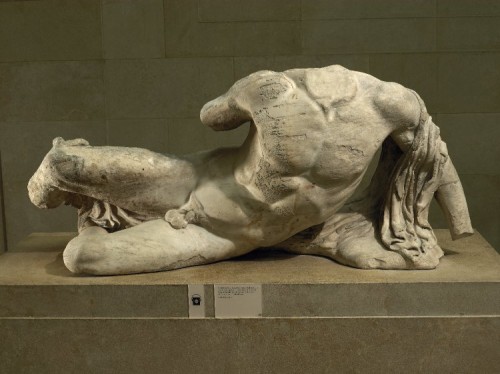 Part of the Parthenon marbles have been allowed to leave Britain for the first time through the loan of a sculpture to the Russian state museum, a media report said .

The headless statue of a Greek river-god, Ilissos, will go on display in the State Hermitage Museum in St. Petersburg Friday to celebrate the institution’s 250th anniversary, The Guardian reported.

The marbles have occupied the British Museum since Lord Elgin, the British ambassador to the Ottoman empire, took them from the Parthenon in Athens in the 19th century.

Neil MacGregor, director of the British Museum, said it opened its doors five years before the Hermitage and that the two institutions were “almost twins, they are the first great museums of the European Enlightenment”.

“The British Museum is a museum of the world and for the world, and nothing demonstrates this more than the loan of a Parthenon sculpture to the State Hermitage,” he added.

Richard Lambert, the chairman of the British Museum’s trustees, said they wanted to “leave room for flexibility if the political relationship between western Europe and Russia changed”.

The two-month loan will also reopen the debate about whether the marbles should be returned to Greece.

The Greek government has argued for the past four decades that the 2,500-year-old sculptures belong to a museum in Athens.