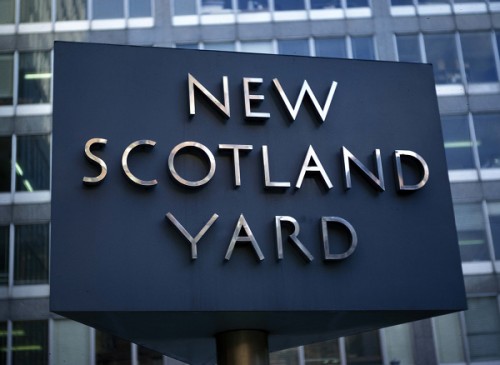 The police in Britain’s West Midlands have been put on high alert after a threat allegedly by Islamic State (IS) Sunni radical group.

The alert came after IS called on followers to launch “lone wolf” attacks on the West.

More than 7,000 officers in the West Midlands were warned they were in imminent danger following a telephone threat, The Daily Mail reported.

Police chiefs in Britain’s second largest force were so concerned at the “anonymous but credible” threat that they stopped officers going off duty until they had attended a security briefing.

However, it was reported that senior officers feared a female officer would be targeted for “shock factor”.

As a precautionary measure, police officers have been asked not to wear their uniform or ID badge when off duty — normally they are allowed to wear the uniform when travelling to and from work. The situation was also urgently reviewed by other forces.

One concern is that a woman police officer or a civilian police community support officer (PCSO) could be targeted. PCSOs do not carry a baton or other personal protection equipment.

Monday, a 31-year-old man was arrested by counter-terrorism police investigating the threats against the West Midlands Police.

“There is nothing at this time to suggest there is an increased risk to members of the public. We have taken the opportunity to remind all employees of the need to be vigilant,” said Assistant Chief Constable Garry Forsyth.

The threat to West Midlands Police was apparently passed on in a telephone call Monday. The national security level remains at severe, signifying a terrorist attack is highly likely.