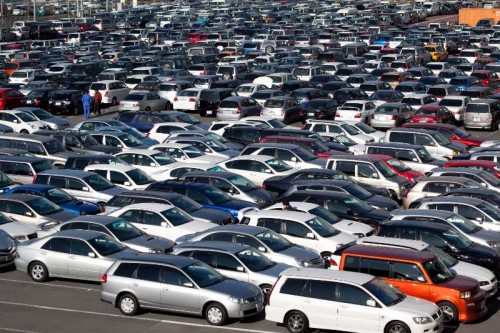 Buying a used car in December rather than waiting until January could save enough money to cover the cost of Christmas.

That’s according to car price analysis by the UK’s leading independent experts on car and motoring costs, CAP Automotive.

December is always a quiet time for used car sales – followed by an explosion of interest in January. And this seasonal rollercoaster for demand has an impact on used car prices, which savvy car buyers can use to their advantage.

CAP crunched the numbers on how used car prices change at the turn of the year to see whether  buying in December rather than waiting until January could be a smart way of saving some money.

The figures showed that it could actually save the entire cost of Christmas!

According to the Money Advisory Service 2013 Christmas Survey, UK adults spend an average £487 each to celebrate Christmas.  So CAP looked at historic used car price changes over the festive period, to find makes and models that were valued at £500 less in December 2013 than in January 2014.

The results showed that acting before Christmas can actually save motorists enough to make Christmas free.

CAP’s retail & consumer specialist, Philip Nothard, explained: “For many of us the idea of spending moremoney in December might be particularly unappealing,  but the CAP figures show that it can offer some genuine savings in the long term if it’s a car you’re after.

‘The influence of what we call ‘seasonality’ may already be familiar to the more savvy of consumers.  Some take advantage of it by purchasing their four-wheel-drive in the height of summer and sell it again when others are contemplating how they’ll get through another snow-bound winter.  Another trick is buying a good old ‘rag-top’ when it’s cold and wet, rather than when demand shoots up with the approach of spring.

“The trick is to go against the trend and buy when other people aren’t looking for the same thing – and that means December can be a brilliant time to change your car.

“Our figures show that the potential savings for motorists who bought last December instead of waiting until January were significant.

“These savings may not seem gigantic in comparison to the overall cost of the car, but the clever car buyer knows that a few hundred pounds are not to be scoffed at.

“To illustrate that, CAP’s experts calculated some light-hearted ways that consumers could splash out on Christmas with the £500 savings they found.

” Whether you want to wrap your house in 500 metres of fairy lights, deck the halls with more than 2,000 baubles, or run away from it all on a Christmas Caribbean cruise, buying a used car at the right time can cover the cost.

“So, instead of waiting until the New Year and feeling the pinch of a pricier car purchase, potential car buyers could do well to act fast and look forward to a Christmas that combines the satisfaction of a new car with the knowledge they’ve made a smart saving.

“But do your research first. Would-be car-buyers can always find out for themselves what the latest car values are by using CAP’s free online valuation tools at cap.co.uk.”