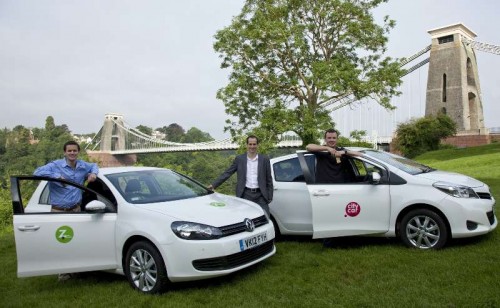 Over 50 new vehicles will now be  available across car club demonstration projects in Derby, Nottingham, Norfolk and West Yorkshire, thanks to the awards.

Membership of car clubs allows access to low carbon vehicles for short periods of time, often by the hour, on a pay-as-you-go basis. Baroness Kramer launched a funding competition to support pilot projects earlier this year as part of the car club development programme.

Baroness Kramer said: “These investments will give the growing interest in car clubs added momentum. Car clubs cut congestion, reduce carbon and save people money while still giving people the freedom and flexibility to use a car when they want to.

“We can now look forward to the winning towns and cities providing a practical demonstration of the increasing relevance of car clubs to sustainable transport throughout England.”

Carplus, which promotes accessible and low-carbon alternatives to traditional car use in the UK, will also announce the winners of the Car Club Challenge Fund at its Annual Forum on 27 November. This grant will help to kick start or expand projects in small towns and rural areas and also fund projects that aim to improve transport integration.

The proportion of carless households has been growing across the country since 2005. At the same time, because people value the convenience that access to a car brings, interest in car clubs is growing.

Across the UK car clubs have over 180,000 members with over 3,200 cars. This funding will help demonstrate the potential for expanding the coverage across England.

They make much more efficient use of the limited space available on the road, with estimates suggesting that one car club car can take the place of 17 individually owned vehicles. Car clubs can also help save drivers money – potentially thousands of pounds per year.

The evidence suggests that pay-as-you-go car use encourages people to walk and cycle more often and make more frequent use of public transport.