After Rochdale and Oxford, another sex scandal in which Pakistani-origin men were involved rocked Britain. 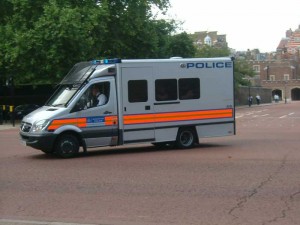 An independent report commissioned by the Rotherham Borough Council reveals about  1,400 children were exploited between 1997 and 2013. Council leader Roger Stone said he would step down with immediate effect.

Professor Alexis Jay, the author of the report, said Children as young as 11 were raped by multiple perpetrators, abducted, trafficked to other cities in England, beaten and intimidated.

The report, commissioned by Rotherham Borough Council, revealed there had been three previous inquiries.

Mr Stone, who has been the leader since 2003, told BBC: “I believe it is only right that as leader I take responsibility for the historic failings described so clearly.”

The inquiry team noted fears among council staff of being labelled “racist” if they focused on victims’ description of the majority of abusers as “Asian” men.

Professor  Jay said there had been “blatant” collective failures by the council’s leadership, senior managers had “underplayed” the scale of the problem and South Yorkshire Police had failed to prioritise the issue.

Prof Jay said: “No-one knows the true scale of child sexual exploitation in Rotherham over the years. Our conservative estimate is that approximately 1,400 children were sexually exploited over the full inquiry period, from 1997 to 2013.”

Revealing details of the inquiry’s findings, Prof Jay said: “It is hard to describe the appalling nature of the abuse that child victims suffered.”

Five men from the town were jailed for sexual offences against girls in 2010, but the report said police “regarded many child victims with contempt”.

District Commander for Rotherham, Ch Supt Jason Harwin said: “Firstly I’d like to start by offering an unreserved apology to the victims of child sexual exploitation who did not receive the level of service they should be able to expect from their local police force. “We fully acknowledge our previous failings.”

Ch Supt Harwin said the force had “overhauled” the way it dealt with such cases and had successfully prosecuted a number of abusers. But he admitted: “I accept that our recent successes… will not heal the pain of those victims who have been let down.”

The report found: “Several staff described their nervousness about identifying the ethnic origins of perpetrators for fear of being thought as racist; others remembered clear direction from their managers not to do so.”

Failures by those charged with protecting children happened despite three reports between 2002 and 2006 which both the council and police were aware of, and “which could not have been clearer in the description of the situation in Rotherham”.

She said the first of these reports was “effectively suppressed” because senior officers did not believe the data. The other two were ignored, she said.

The inquiry team found that in the early-2000s when a group of professionals attempted to monitor a number of children believed to be at risk, “managers gave little help or support to their efforts”.

The report revealed some people at a senior level in the police and children’s social care thought the extent of the problem was being “exaggerated”.

Prof Jay said: “The authorities involved have a great deal to answer for.”

A victim of abuse in Rotherham, who has been called “Isabel” to protect her identity, told BBC Panorama: “I was a child and they should have stepped in.

Rotherham council’s chief executive, Martin Kimber, said he accepted the report and the recommendations made and apologised to the victims of abuse.

He said: “The report does not make comfortable reading in its account of the horrific experiences of some young people in the past, and I would like to reiterate our sincere apology to those who were let down when they needed help.

“I commissioned this independent review to understand fully what went wrong, why it went wrong and to ensure that the lessons learned in Rotherham mean these mistakes can never happen again.

“The report confirms that our services have improved significantly over the last five years and are stronger today than ever before.

“This is important because it allows me to reassure young people and families that should anyone raise concerns we will take them seriously and provide them with the support they need.

“However, that must not overshadow – and certainly does not excuse – the finding that for a significant amount of time the council and its partners could and should have done more to protect young people from what must be one of the most horrific forms of abuse imaginable.”