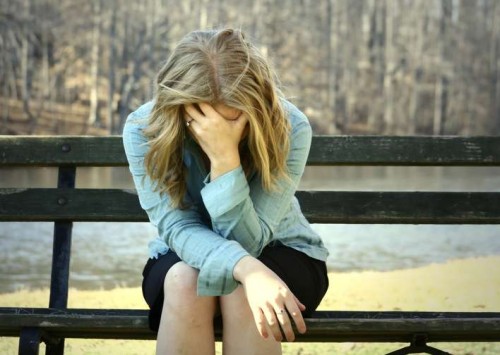 The number of children who have admitted to attempting suicide has soared by 43% in a year, ChildLine has revealed .

The counselling service said it has received more than 34,000 consultations with children who talked about wanting to kill themselves in 2013/14 – an increase of 116% since 2010/2011 reported Huffington Post.

Nearly 6,000 of these children had told a counsellor that they had previously attempted suicide – a 43% increase on the year before.

Online bullying is said to be a leading cause according to a new report published by the NSPCC, which runs the service.

Some young people also told ChildLine that their suicidal feelings had been triggered by harmful content they had seen on websites.

ChildLine founder Esther Rantzen said the charity is now receiving “more calls than ever before” from children who are “desperately unhappy.”

“It is difficult to analyse the cause for this growing unhappiness, whether this is a symptom of our pressured lives, or if the isolation of many young people is due to other factors in the family,” she said.

“The fact is that more children than ever are telling ChildLine that they are beset with suicidal thoughts. These are children who would feel unable to ask for help from anyone else.

“We must learn from what they are telling us, and persuade them not to feel fearful or ashamed to tell others of their feelings.”

Most of the children contacting ChildLine about suicide were aged between 12 and 15, the report reveals.

Statistics from the Office for National Statistics (ONS) show that suicide rates for 15 to 19-year-olds remained broadly consistent between 2000-2012, with 125 within that age range killing themselves in 2012, the BBC reported.

An unnamed 17-year-old girl told BBC Radio 4’s Today programme she had attempted to kill herself after being bullied at school.

“I felt alone and isolated – I wasn’t happy because the bullying followed me everywhere and I didn’t really have an escape,” she said.

“I thought ‘What’s the point in being alive if nobody likes me’. I thought ‘Why am I still here – we’re all going to die anyway so does it really matter if I go now’.”

The report highlighted that this year, more 15-year-olds were counselled than any other age group; previously, the most prominent age was 17-year-olds. There has also been an increase in counselling sessions for children aged 11 or younger.

Lucie Russell, Director of Campaigns and Media at YoungMinds, said the serious nature of the calls and the ages of the children are “extremely worrying.”

“We cannot just sit back and make excuses for why this is happening,” she said. “Thousands of young people are experiencing extreme distress and these figures prove beyond doubt that the situation is getting much worse.”

“Whole families are suffering too – we are seeing this extreme level of distress reflected in rocketing calls to our own support helpline by parents worried about their children’s mental health.

“This report must act as a wakeup call for everyone who cares about the welfare of children and young people and its recommendations must be actioned urgently.”

Head of ChildLine Sue Minto told the BBC: “We’ve seen a massive increase in the last couple of years and we’re really concerned about what it is that is causing such unhappiness.

“They are talking about bullying, about difficulties at home, at school, exam stress and of course the whole social media issue that is a 24-hour pressure for them.

“We really need to listen to them and help them to open up and find out what we can do to support them.

“The key thing is to let them know that we understand and get what they’re going through.”

The report urges the Government to update its latest study into the mental health of children and young people in England and Wales, published in 2004, to take into account new online pressures facing children.