Chinese authorities have demanded Britain drop an inquiry into the progress of democratic reforms in Hong Kong, accusing it of “highly inappropriate” interference in its affairs, the BBC has reported. 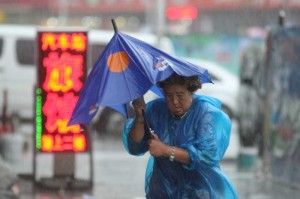 The broadcaster said it had seen a letter from China’s foreign affairs committee to its British counterpart condemning the probe into the state of democracy since Hong Kong was handed over to Chinese control in 1997.

The report emerged after pro-democracy activists vowed a campaign of civil disobedience over Beijing’s weekend decision to vet candidates for the next leadership election in the former British colony. Critics have called the restrictive framework a betrayal of Beijing’s promise to award Hong Kong universal suffrage by 2017, the Guardian said.

The letter from the Beijing foreign affairs committee said the British probe, announced in July, would be a “highly inappropriate act which constitutes interference in China’s internal affairs”.

It urged lawmakers to “act with caution on the issue of Hong Kong, bear in mind the larger picture of China-UK relations and Hong Kong’s prosperity and stability, stop interfering in Hong Kong’s affairs and cancel the inquiry on UK-Hong Kong relations”.

The deal that handed Hong Kong back to China guaranteed some freedoms and a semi-autonomous status, and the British foreign secretary reports to parliament on the territory every six months. The chairman of the British foreign affairs committee, which oversees the work of the Foreign and Commonwealth Office, told the BBC he wanted to avoid any misunderstanding.

“I think this is a right and proper procedure. I don’t particularly want to irritate the Chinese. I want them to understand the procedure.

“It may well be that my committee will decide that actually the Chinese have behaved perfectly reasonably.”