Three men who conned several UK companies by pretending they had £15 million to spend to promote tourism in Dubai have been jailed for more than 14 years, after attempting to fraudulently claim a £1.9 million VAT refund. 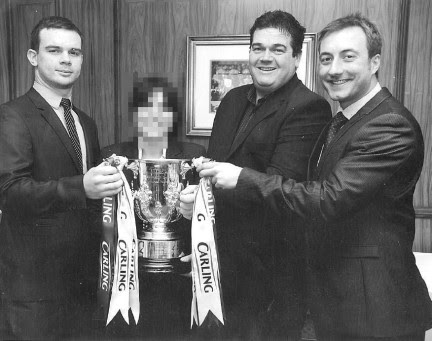 Using a contract supposedly from Dubai’s Department of Tourism, the group set out to convince the unwitting businesses that they had a £15 million publicity budget. But in reality their sham company had no contract and no money, and had been set up purely to commit fraud. Once the target businesses had agreed to sell advertising space, the conmen asked for invoices that remained unpaid but were then used to support the fraudulent VAT claim.

“The group hoodwinked honest companies into thinking they were genuine agents for the Dubai tourism industry. These businesses were fooled by highly professional pitches and a contract that appeared authentic. They too were victims of fraud.

“The three men were utterly determined to commit a huge fraud, starting with their initial repayment claim. They had not counted on HMRC’s diligence, and our officers set in motion a criminal investigation that identified the full scale of the lies. HMRC is spending more time and money than ever in tracking down fraudsters, and this case serves as a clear warning to anyone who thinks they can cheat honest, law-abiding taxpayers.”

Derby Crown Court heard that WHM was registered at the home of Stephen Key, with Phillip Charman the sole director. After the £1.9 million claim was submitted, HMRC contacted Charman, who said that the bulk of the claim related to the sale of advertising space. He also provided details of two fictitious external consultants, who supposedly acted as financial controllers and negotiators between the Government of Dubai’s Department of Tourism and Commerce Marketing (DDTCM) and the companies who were to sell the advertising space.

Enquiries with DDTCM revealed that they had never heard of or dealt with WHM and also had no knowledge of either the £15 million advertising contract or the consultants. But HMRC’s investigations revealed that Stephen Key’s son, Jack, 22, from Tamworth had created some of the documents, including the fake contract with DDTCM, to support the fraudulent VAT return. The genuine invoices to support the fraudulent claim were obtained from the UK companies by one of the group who adopted a false identity to act as a negotiator supposedly between DDTCM, WHM and the companies selling the advertising space.

All three defendants had denied fraud offences but were found guilty after a trial in February 2014. They were sentenced at Stafford Crown Court on Friday (16 May) by His Honour Judge M Fowler, who said:

“A distasteful element in the case was that of a father who recruited his son to assist him in the fraud. I am satisfied that Wilnecote Hall Marketing was set up for a sole purpose, which was known by all three, in obtaining false invoices to make a claim to HMRC for a VAT repayment.”

Stephen Key was jailed for six years, Phillip Charman for five years, and Jack Key for three and a half years. Stephen Key and Charman were also disqualified from acting as directors for eight and seven years respectively.

Asian News from UK
Leading Newspaper for Politics, Business & Economy
Crime
We use cookies on our website to give you the most relevant experience by remembering your preferences and repeat visits. By clicking “ACCEPT ALL”, you consent to the use of ALL the cookies. However, you may visit "Cookie Settings" to provide a controlled consent.
Cookie SettingsREJECT ALLACCEPT ALL
Manage consent