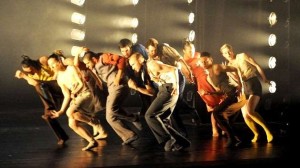 Built around 15 performances by leading British dance companies like the Hofesh Shechter Company, Scottish Dance Theatre and Avant Garde Dance, Impulse 2 will run through September, October and November across the country, a release by the British Council here said.

The season will kick-start this month with a performance of ‘Political Mother’ by Hofesh Shechter Company. The tour will be held from Sep 5 to Sep 20 and the performances will be held in Hyderabad, Delhi, Kolkata, Bangalore and Chennai.

In October, Forces Of Nature by Scottish Dance Theatre, Scotland’s national contemporary dance company, is in the offing.

Their tour will be from Oct 1 to Oct 11 and will be held in Chennai, Bangalore, Delhi and Kolkata.

In November, the fest concludes with The Black Album by Avant Garde Dance, a London-based company pushing the boundaries of hip-hop and contemporary dance.

Their tour will be from Nov 1 to Nov 21 and the performances will be held in Delhi, Kolkata, Mumbai, Hyderabad, Bangalore and Chennai.

Impulse 2 is a dance programme that aims to foster creative exchanges between established and emerging dancers and choreographers, showcasing new work in India and establishing networks between India and Britain.