Dancing with God, a Cross-Cultural Experience, is coming to Blackpool on Saturday, June 14. Prof. Jon Whittle, Lancaster University, will deliver a full length solo performance of the Indian classical dance, Kuchipudi. This is the first ever time that the North West will see a Western male dancer performing in this style

Dancing with God – A creative dance production by Ms.Abhinandana, is a concept to portray the grandeur of Indian Classical dance & the divine cultural heritage of India.

On Saturday June 14th, Blackpool will play host to a unique cross-cultural experience. Lancaster University Professor and dancer, Jon Whittle, will give a full length solo performance of the Indian classical dance, Kuchipudi. This is the first ever time that the North West will see a Western male dancer performing in this style. 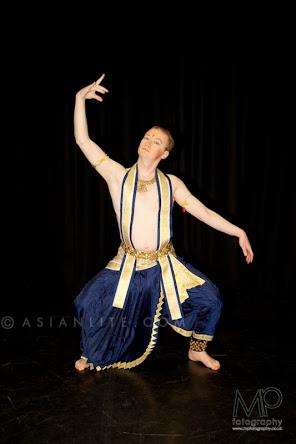 Jon Whittle is a Professor at Lancaster University, although curiously, he teaches computer science, not dance. As well as being a world-renowned authority in computer science, Prof. Whittle has been a semi-professional actor for over 20 years. He has acted at the Royal Shakespeare Company’s open air theatre, The Dell, has won awards in the United States for his writing and directing skills, and has performed as a dancer in front of 2000 people in Kanpur, India. Although traditionally an all-male dance, in modern times, Kuchipudi is usually danced by women. Nowadays, it is rare to witness a male Kuchipudi dancer. It is rarer still to see a Western male dancer.

The performance, Dancing with God, tells stories of India’s important Gods – Krishna, Vishnu and Siva – through the medium of classical dance. The audience will learn first hand about the traditions of Indian dance and its key components, nritta (rhythmic footwork), nritya (expression), and natya (drama).  The performance also includes elements unique to Kuchipudi such as the famous tarangam, or dancing on a brass plate.

The show is accessible to all audiences, young and old, Indian and non-Indian, dancers and non-dancers. Each piece is explained so that its story and context can easily be understood.

Tickets can be obtained from the following places: 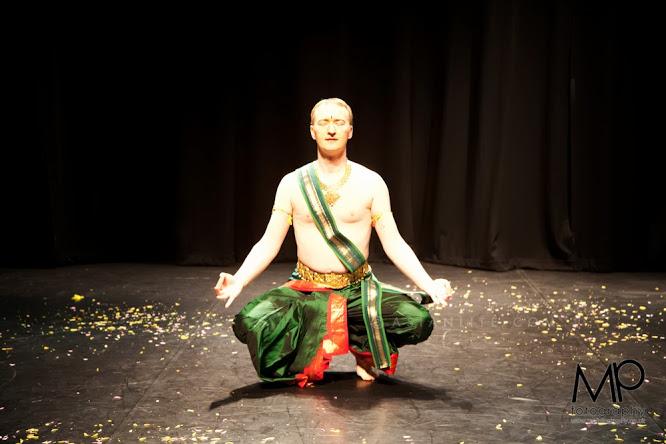