A woman who started her career putting statements into envelopes and who has now risen to the ranks of senior business manager and ambassador for female entrepreneurs at NatWest Bank has won the award of outstanding business woman of the year at this year’s Institute of Asian Businesses (IAB) annual awards dinner. 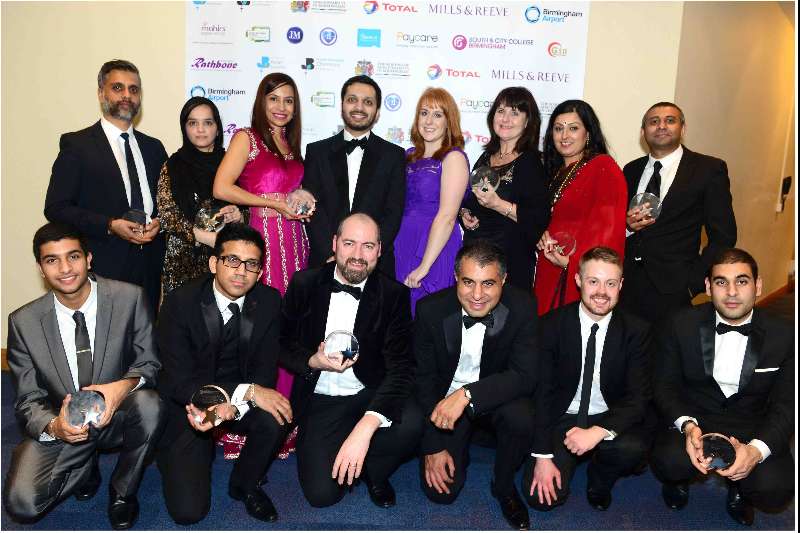 Manjit Kang who supports and encourages women to launch and grow their business, simplifying the processes to gain funding and offering advice and expertise, was recognised for her ability to connect and collaborate with women to help them achieve their business ambitions and dreams.

Saqib Bhatti, president of the IAB said: “Manjit is an excellent example of women who go the extra-mile in leading the way and showing other women that success in business is not dependent on the gender of the individual but is based on hard work, commitment and vision.”

Octavian Continental Ltd was named outstanding business of the year. Judges commented on the company as one of the world’s fastest growing, most forward thinking firms, dedicated to protecting property, information and people.

Outstanding young entrepreneur of the year went to Balraj Sohal of Moremicro who qualified as a teacher of IT in 2011 and set up an online business.

Both Punch Records and Edward’s Trust were named for providing an outstanding contribution to society. Punch Records, established in 1997 as a record store, is now the leading music and development agency in the West Midlands, championing black and Asian music and arts. Edward’s Trust supports anyone affected by the death of a child under 18, with counselling, group support, social activities, wellbeing care, retreats and remembrance services.

Hotel du Vin & Bistro in Birmingham city centre which was sympathetically converted from a red brick Victorian Eye Hospital in 2001, was seen as providing outstanding customer service of the year. Judges commented on the hotel’s vision in commanding the highest average room rate in the city for rooms and the highest yield per room per night.

The President’s award, chosen by IAB President, Saqib Bhatti was posthumously awarded to 29 years old Flt. Lt. Rakesh Chauhan who was killed on 27 April this year when his Lynx helicopter crashed, due to a technical failure in Kandahar, Afghanistan.

Saqib said he had made the ultimate sacrifice in service of his country to preserve the way of life that we enjoy today. He said: “As a society, our debt may never be repaid.”
South and City College Birmingham also presented awards for employee of the year to East End Foods and the Accord Group. Sunny Rai and Shabana Zafar were named apprentices of the year in social media and business administration respectively.

The IAB which celebrated its silver anniversary two years ago is part of the Greater Birmingham Chambers of Commerce Group.
Saqib added: “Our dinner has once again demonstrated that the IAB is unparalleled when it comes to bringing together the Asian Business Community. The evening was entertaining and full of excitement and I am sure all our attendees had a fantastic night. Given the buzz leading up to the event, it was apparent that it would be a night to remember.

“My congratulations to all the award nominees and winners. Our dinner has sent out a clear message to all those around the city about the strength of the Asian business community and what we are capable of. Given the strength of the business community in Birmingham and the fact that the general elections are just around the corner, I think the next 6-12 months are going to be a really exciting period for Birmingham’s Business Community.”