The Indian High Commission in London is reaching out to the community to ameliorate their concerns. The initiative was launched by High Commissioner Mr Ranjan Mathai. The whole exercise is aimed to deliver better public services at India House.

This is the first time in the recent history, the officials at India House interacting with the community to alleviate various issues regarding consular services.

The High Commission’s team led by Mr Mathai also met a group  of 10 persons who started an online petition.

A gist of the interaction of the High Commissioner with the above interactions with the community as part of the IHC’s outreach programme and feedback with a view to provide better services and improve upon our existing passport, consular services, OCI and  PIO facilities as follows:

* A Public Response Unit has been created to coordinate the High Commission’s response to a large number of queries received from Indian nationals and Persons of Indian Origin in the UK. The queries are received and responded both telephonically and e-mail. The initiative has been very well received and, on an average, around 600 enquiries are responded every week by the Unit. Contact details of the Unit have been prominently put on the official website of the Mission.

* An Open House is held every Wednesday to personally hear the problems/grievances of the public. Further, the officers concerned are available to meet the public in person as and when required. In addition, the High Commissioner has decided to hold Open House on a monthly basis.

* Recently, responding to the increasing demand, the Mission has launched a system that allows booking of appointment online for the submission of OCI applications in person. This initiative has been highly appreciated by the public as it has reduced the waiting time at the Mission’s premises.

* The Mission has re-started surgeries in different parts of the country where services are provided to them in their own cities. This also affords an opportunity to meet members of the Indian community to get a first-hand feedback. The first surgery was undertaken in Belfast in April 2014. Further surgeries are planned beginning with Cardiff followed by Manchester. 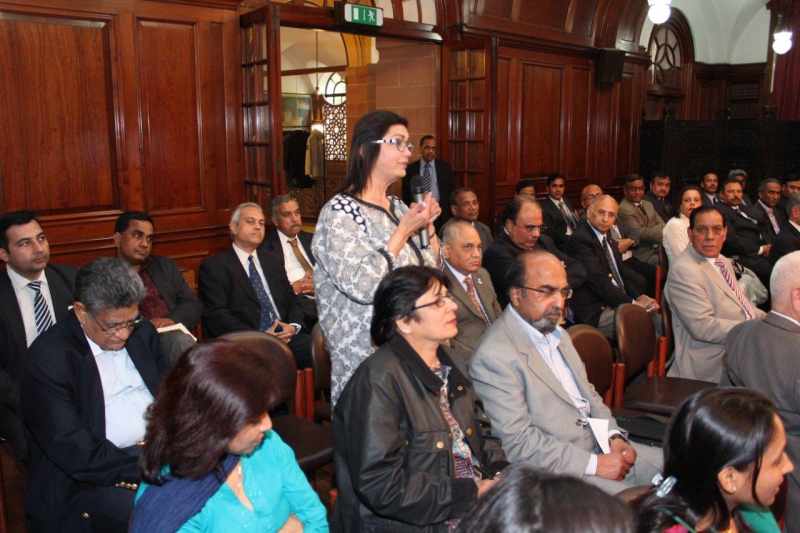 * The website of the Mission is updated regularly to inform the public about the procedures, guidelines and requirements as well as any changes in the regulations. The public is advised to visit the High Commission’s website which is comprehensive and updated. The website address is :

In order to facilitate faster services to the public, the timings for different services have been staggered in order to avoid overcrowding at the premises.

The process for outsourcing of collection and delivery for various services including passport, visa, OCI, PIO and various other consular services has been initiated. Presently, only visa service is outsourced. It is expected that the whole process will be completed by November/December this year. In order to avoid inconvenience to the public, the Mission has since commenced delivery of OCI cards by post. This has reduced crowd in the premises and also has helped in providing better services with a greater satisfaction to the public.