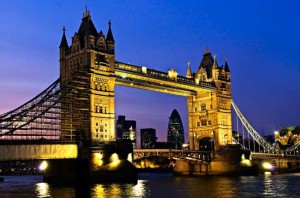 Smoking could be banned in Trafalgar and Parliament squares and London parks if a report by the city’s Health Commission is implemented reported  BBC.

Other suggestions include Oyster card discounts for commuters who walk part of the way to work.

Smokers’ group Forest said the call for a smoking ban was “outrageous”. Boris Johnson it could be considered if “it would actually save lives”.

The government said it had no plans to ban smoking in public places.

The report, called “Better Health for London”, has been put together by former health minister and cancer surgeon Lord Ara Darzi.

In it he claims half of all adults in London are obese or overweight and the city now has more obese and overweight people than New York, Sydney, Sao Paolo, Madrid, Toronto and Paris.

About 1.2 million Londoners smoke, and the commission claims 67 school children take up the habit every day.

The smoke free plan would see the mayor use his by-law powers over Trafalgar Square and Parliament Square and his influence over the Royal Parks, the board of which he appoints.

Local councils could pass similar by-laws for their parks and open spaces.

The implementation of the scheme has an estimated cost of £6.5m over five years.