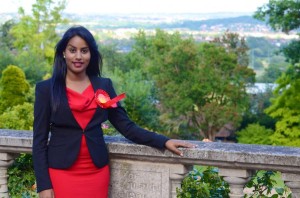 As a lifelong resident of Harrow, I believe passionately in the community I’ve been raised in. With a decade of campaigning experience on issues that have affected Harrow, I understand what it takes to make a real change to the lives of real people.

Born to Sri Lankan parents who fled to Britain during the civil war, I was raised and educated in Harrow. With a Bachelor of Arts (BA) and Master of Science (MSc) in Public Policy from Queen Mary University of London, I’ve previously worked for the NHS and as a caseworker and policy researcher for a local MP. I now work for a pioneering Labour Council implementing some of the party’s flagship policies that are making a real difference to everyday lives.

As well as volunteering at Northwick Park Hospital and being a governor at a local school, I am a proud trade union member with a strong track record of campaigning to defend the rights of workers. I have extensive experience of campaigning across London, having been involved in two London Mayoral campaigns as well as crucial local by-elections. 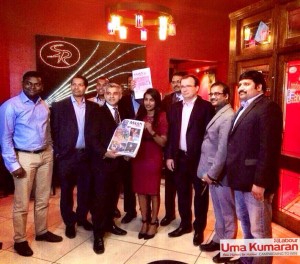 Who we choose to be our next MP in Harrow matters. I’m fighting the Tories here because I believe Harrow deserves better.

The community in Harrow has given me, my family and so many others everything – I’m determined to stand up for the thousands of people who, like us, have suffered under this Tory Government. We are incredibly proud to be the most diverse borough in the country, and a real example of the benefits that living in multicultural Britain can bring.

I’ve spent years talking to residents on the doorsteps in Harrow East, and have heard how you’ve been impacted by the spiralling cost of living and cuts to our frontline services. There is little faith left in our politicians and people have become disillusioned with politics. I understand the frustration of residents who feel let down by an out-of-touch government.

Our voices have been forgotten by Bob Blackman – our police stations are closing, our fire services are being reduced and Northwick Park Hospital is under increasing pressure. The people of Harrow East rely on these services every day, and as a resident who has benefited from them my entire life, I will continue to work hard to see them protected. Blackman and his Tory government are making it more difficult for hard working people trying to provide for themselves and their families. We can’t let this carry on.

I believe it is time to rebuild the trust we once had in our elected representatives. Our community needs an MP who understands their concerns and listens to their opinions, not just at election time. That’s why I’ve spent a decade campaigning with the Labour Party, and why I want the opportunity to represent Harrow East in Westminster.