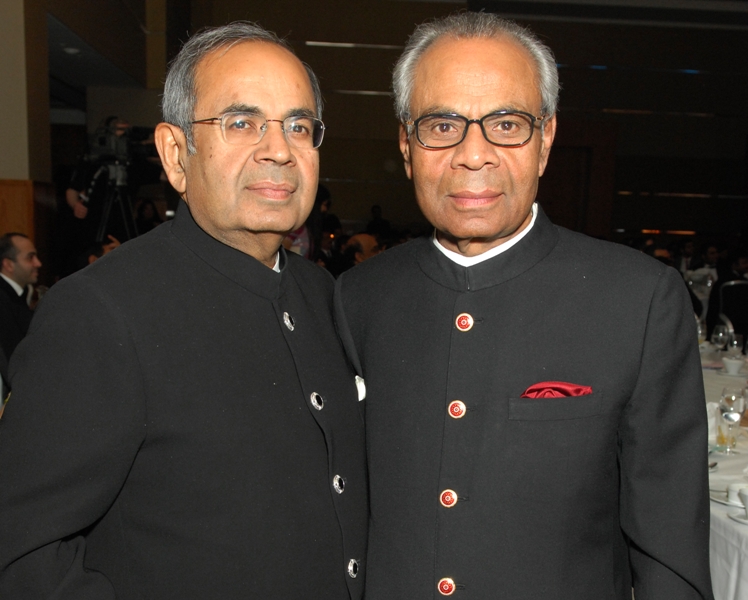 NRI businessmen the Hinduja brothers, Srichand and Gopichand, whose joint wealth through their multinational conglomerate is £11.9bn, are the richest in the Sunday Times 2014 rich list. They added £1.3bn in the past year.

The number of billionaires in the UK has exceeded 100 for the first time and London has become home to the highest number of super-rich of any city in the world.

More than half (39) of London’s billionaires were born abroad, but nationally the proportion was lower, with 44 of the 104 across the country born outside the UK.

The Sunday Times Super-Rich List reveals that London has 72 residents whose fortune is more than £1bn, more than Moscow (48) or New York (43). In total the UK boasts 104 billionaires, worth a total of £301bn.

It means the UK has more billionaires per head than any other country. There is one billionaire here for every 607,000 people; America has one for every 1,022,475.

The figures confirm that the slump in the wake of the 2008 banking collapse has come to an end. But while George Osborne, the chancellor, might take comfort, critics will say it appears as if the new wealth is going to the already very rich. Last year the total wealth of the 88 billionaires in the UK came to £245.6bn. This year it has leapt by £55.4bn.

Top of the list are the Hinduja brothers, Srichand and Gopichand, whose joint wealth through their multinational conglomerate is £11.9bn — up by an astonishing £1.3bn in the past year.

Alisher Usmanov, last year’s wealthiest, who owns a 30% stake in Arsenal football club, slipped to second with £10.65bn, but the £2.65bn drop was largely due to the fluctuating value of the rouble.

Another Russian oligarch with footballing interests, Roman Abramovich, slipped from fifth to ninth with a value of £8.52bn.

The highest woman on the list is Kirsty Bertarelli, a former songwriter for the band All Saints who releases her own album, Indigo Shores, tomorrow. She and her husband, Ernesto, owe their £9.75bn fortune to his family’s former ownership of a pharmaceuticals company.

John Caudwell, whose mobile phone empire took him from the back streets of Stoke-on-Trent to a fortune of £1.5bn and a £300m Mayfair home, explained why London attracts so many billionaires: “[It] is unbelievably accepting of different wealths. You’ve got opulent wealth right next to very ordinary, working-class people.”