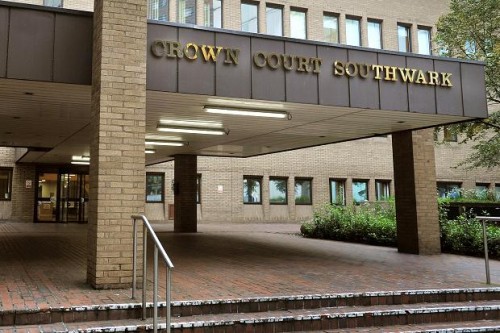 A man who bludgeoned three sisters with a claw hammer in a London hotel while their children slept alongside them has been jailed for a minimum of 18 years.

Spence attacked the sisters from the United Arab Emirates at the Cumberland Hotel in Marble Arch on 6 April.

He hit one of his victims with such force that she lost part of her brain and can no longer speak.

Spence, from Harlesden in north-west London, had admitted the attack, but denied attempted murder.

He hit one of his victims, Ohoud Al-Najjar, 34, with such force her skull split open as her nine-year-old nephew cowered under the sheets beside her.

She survived the attack but was left with just 5% brain function, lost sight in one eye and can no longer speak.

Her sisters Khulood, 36, and Fatima, 31, were both left with life threatening injuries and still require medical treatment.

Philip Spence had admitted the attack but denied attempted murder

In victim impact statements read to the court, Fatima Al-Najjar said the injuries to Ohoud had left her with a “living dead sister”.

Sentencing him to life with a minimum term of 18 years, Judge Anthony Leonard QC said: “It is nothing short of a miracle combined with the finest medical attention that led to Ohoud surviving the attack.

“You used deliberate and gratuitous violence over what was needed to carry out the robbery.”

“The ferocity of that attack was such you left one woman so badly injured she will never walk again unaided.”

Earlier, prosecutor Simon Mayo QC said: “Spence’s intention, as the jury concluded, was to kill them.”

He fled the scene with a suitcase containing iPads, gold jewellery and mobile phones. He dumped the claw hammer just outside the hotel in Marble Arch, the court heard.

Mr Mayo said CCTV footage captured Spence on a bus as he examined the stolen items.

“Bearing in mind that less than an hour earlier he had carried out a vicious and sustained attack with a hammer on three defenceless women, his concern appears to have been the profit that he might make from his awful crime, rather than the plight of his unfortunate victims,” the prosecutor said. 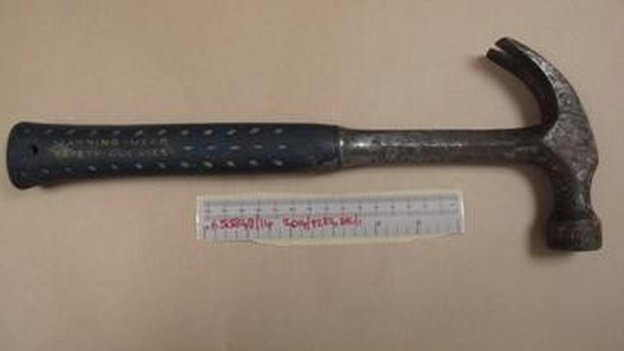 Judge Leonard said it was relevant that Spence carried out his attack in front of Khulood’s three children, aged seven, 10 and 12.

“It is impossible to say what long-term affect this incident will have on the children,” the judge said.

“Hardened police officers and paramedics who attended the scene said what they saw was horrendous and the worst they had seen across their careers.

“I’m sure you represent a significant risk to the public of serious harm.”

Following the sentencing, Det Ch Insp Andy Chalmers said: “The level of violence Spence chose to use was extraordinary and completely unnecessary for him to steal, as he had set out to do that night.”

Spence has 37 convictions for 62 offences going back to 1993 including theft, drug offences, grievous bodily harm, robbery and burglary.

In October, he was also found guilty of conspiracy to commit aggravated burglary during the attack.

He was sentenced to 14 years and told he would serve half of his term before being released on licence.