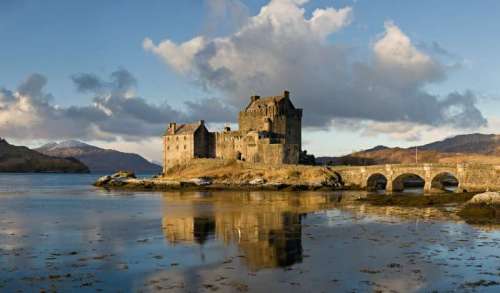 As the Scottish referendum gets underway in Britain Thursday, there are plenty of ways to celebrate the country’s contribution to the present day world, The Independent reported. Some of these are:

Adam Smith: One of the key figures of the Scottish Enlightenment, Smith is best known for two classic works: “The Theory of Moral Sentiments”, and “An Inquiry into the Nature and Causes of the Wealth of Nations”. The Scottish moral philosopher and pioneer of political economy also studied at the Universities of Glasgow and Oxford.

Chicken Tikka Masala: Chef Ali Ahmed Aslam, based in Scotland’s capital Glasgow, claims to have created Britain’s favourite dish, the chicken tikka masala. The proprietor of Shish Mahal restaurant was experimenting with condensed tomato soup, and threw in spices for sauce. And culinary history was made, The Independent reported.

Chloroform: Scottish doctor Sir James Y Simpson pioneered chloroform in 1847. He went on to use it as an anaesthetic to ease the pain of childbirth, leading to its acceptance in modern medicine.

Colour photography: Those Kodak moments were only possible thanks to 19th-century Scottish scientist James Maxwell, who invented the “three-colour method”. His theory, based on mixing red, green and blue colours of light, led him to present the world’s first colour photograph in 1861.

Dolly the Sheep: The world’s first cloned mammal was created in 1996 by a team of experts at the Roslin Institute near Edinburgh. Dolly survived for six years, before dying from a lung disease. The world’s most famous sheep is now on display at the National Museum of Scotland.

Gin and tonic: The drink of millions worldwide was invented by Edinburgh-born George Cleghorn, an 18th-century doctor who discovered that quinine could cure malaria. The quinine was drunk in tonic water, but it was so bitter that gin was added to make it more palatable.

Golf: Scotland is the birthplace of golf. But in 1457, King James II banned it as an unwelcome distraction from learning archery. The Old Course in St Andrews in Fife county dates to the 16th century.

Hypnotism: Scotland-born surgeon James Braid was the first to experiment with hypnotism, using candles to get people into a trance-like state.

James Watt: An idea developed by Scottish inventor and mechanical engineer James Watt led to the invention of the steam engine that sparked the industrial revolution in the world. He also developed a way of making steam engines efficient, to speed up trains along.

Penicillin: Sir Alexander Fleming was a Scottish biologist, pharmacologist and botanist. His best-known discoveries are the enzyme lysozyme in 1923 and the antibiotic substance penicillin from the mould Penicillium notatum in 1928, for which he shared the Nobel Prize in medicine in 1945 with Howard Florey and Ernst Boris Chain.

Porridge: Parritch, as it is correctly known, has been described as the “backbone of many a sturdy Scotsman”. Eaten for breakfast and left to harden into slabs for consumption later, it was a symbol of a life led simply.

Radar: Sir Robert Alexander Watson-Watt was a pioneer and significant contributor to the development of radar. Developed in secrecy during the Second World War, the object-detection system uses radio waves to determine the location and speed of an object.

Uncle Sam: The term Uncle Sam is reputedly derived from Samuel Wilson, a meat packer from New York, who supplied rations for the soldiers. Wilson’s parents originally came from the Scottish town Greenock.

Vacuum flask: The vacuum flask was designed and invented by Scottish physicist and chemist Sir James Dewar as a result of his research in the field of cryogenics and is sometimes called a Dewar flask in his honour. He made the invention in 1892 but failed to get a patent and so did not profit from his ingenuity.

Whisky: Not to be confused with Irish whiskey, the first evidence of the production of the “water of life” in Scotland is recorded in 1494, although distillation dates back centuries before.

Bicycles: A pedal cycle based on a hobby horse was invented by blacksmith Kirkpatrick Macmillan. He would “cycle” the rough roads in Dumfriesshire in southern Scotland, but never tried to profit from his invention.

Microwave: Ready-meals would have been a distant dream if the magnetron had not been developed by Scotland’s Sir Robert Watson-Watt.

McDonald’s: Descended from a Scots-Irish family, brothers Dick and Mac McDonald changed the way the world ate after they opened the first branch of McDonald’s in California in 1938.