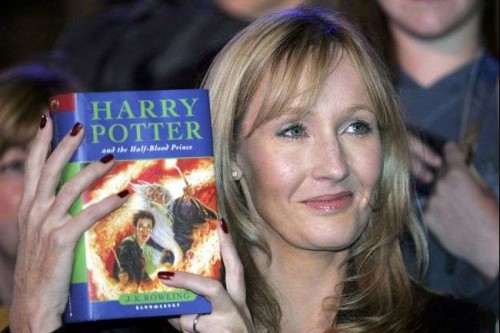 The author is immersed in writing short stories relating to places and characters that appear in the Harry Potter series on her site.

Some pieces provide additional information about the Azkaban prison and the murky origins of Dolores Umbridge, the treacherous Ministry of Magic official portrayed on screen by Imelda Staunton, the Daily Telegraph reported .

According to Rowling, the character of Umbridge, who was also a teacher at the Hogwarts School of Witchcraft and Wizardry for a period is based upon a real person.

She said that Umbridge was a character for whom she felt “the purest dislike”.

That real-life situation parallels the antagonism depicted in the books between Potter and the unlikeable witch.

“(Umbridge’s) desire to control, to punish, and to inflict pain, all in the name of law and order, are, I think, every bit as reprehensible as Lord Voldemort’s unvarnished espousal of evil,” Rowling wrote.

Rowling previously used the website to publish Harry Potter-related stories, and provide fans with glimpses of what became of the series’ characters after the end of the seventh and last book, “Harry Potter and the Deathly Hallows”.

In this context, Rowling once wrote about a Hogwarts’ reunion, where Harry Potter is 34-years old, and has silver streaks in his black hair.

The author, who resides in Edinburgh, recently published her second crime fiction novel, “The Silkworm”, under the pseudonym Robert Galbraith, an identity that was revealed last year after the release of the first book, “The Cuckoo’s Calling”.

Rowling was born July 31, 1965, and has won a host of literary and non-literary awards and honours, including the Order of the British Empire, the French Legion d’honneur and the Hans Christian Andersen Literature Award.