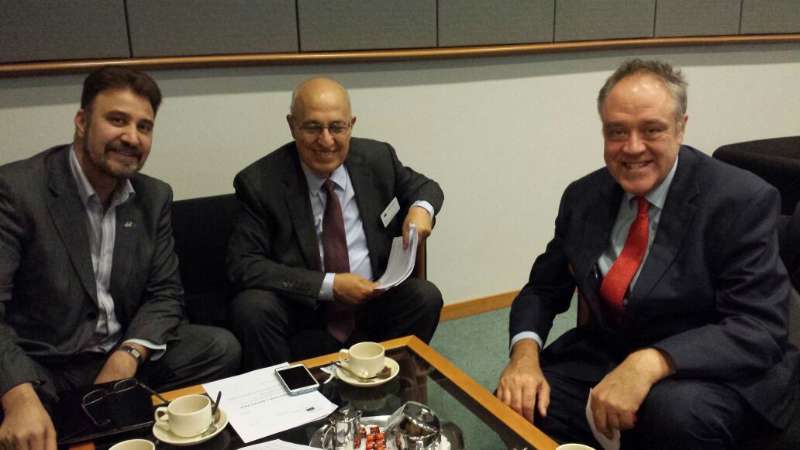 Khan has been on the forefront of the campaign for Palestinian Statehood in the UK and the European Parliament speaking out repeatedly for an end to illegal Israeli settlements and the cycle of violence.

“The single greatest threat to peace in the region is the continued expansion of illegal Israeli settlements in occupied Palestine. We need to push both sides to come to the negotiation table on an equal footing to achieve the two state solution we all want to see.”

Dr Shaath thanked the British Labour Party for backing a similar resolution at Westminster and said the European Parliament vote could be an historic step to encourage other European Union states to follow suit.

Khan said: “Labour MEPs were at the forefront of the British vote to recognise Palestine as a State, and they are again leading the way forward to do the same in European Parliament.”

“Ultimately, Labour recognises that the only way for the peace and stability for both Israel and Palestine is to apply the right pressure through voting in favour of this motion.”

“Many EU countries have already recognise a Palestinian State and many more are planning to do the same. All EU countries must push forward and take the bold step to recognise Palestine and be part of this historic change for peace. We owe this to the Palestinian people.”