Kaliph Anaz reports that forced marriage becomes a criminal offence in the UK from Monday, the 16 June 2014. It is a punishable offence by up to seven years in jail 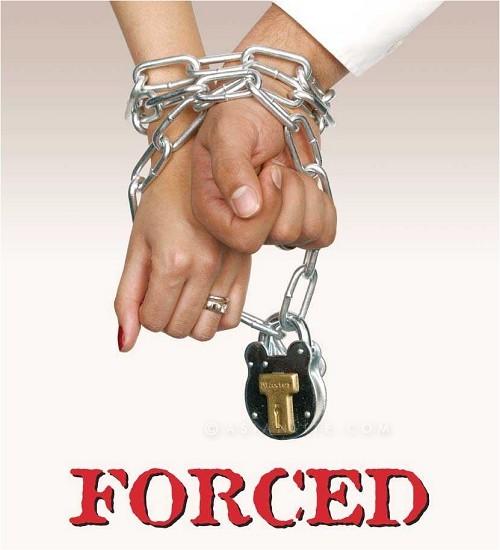 Forced marriage is a crime where one or both spouses do not, or cannot, consent to the marriage and duress is involved. This can include physical, psychological, financial, sexual and emotional pressure. It can affect girls, boys, men and women.

Forced marriage is distinct from an arranged marriage which is where the families of both spouses arrange the marriage but the choice to accept remains with the individuals and they give their full and free consent. The new legislation has no relevance to arranged marriages where both parties fully and freely consent.

Detective Superintendent Heather Pearson, who is head of the Protecting Vulnerable Persons Unit at North Yorkshire Police, welcomed the new law. She said: “Victims may find it extremely hard to come forward and report that they are being forced into marriage. “They may be subjected to sexual and ongoing domestic abuse, and in some cases, suffer violence and abuse from extended family members

“It’s important that people are aware that it’s now a criminal offence and are alert to the signs.

“We are working with partner agencies, including the charity Karma Nirvana who provide help and support to victims. They can also put people in touch with a survivor of forced marriage who can reassure them that they are not alone.”

In 2013, North Yorkshire Police dealt with 26 reports of honour based violence but officers believe that this type of crime is widely under-reported by victims and that many more people may be suffering.

Det Supt Pearson added: “We know that victims are reluctant to come forward to the police. This is borne out through the number of calls to dedicated help-lines about honour based violence compared with those who report to the police. “We urge anyone who is in this situation to call the police or seek help and advice from the Karma Nirvana charity.”

North Yorkshire Police is supporting a regional campaign to raise awareness among communities and encourage victims to get the help they need.

Some of the signs which might indicate that someone is facing or is already a victim of forced marriage include:

To report a crime or incident, please call North Yorkshire Police on the non-emergency number 101.

If you are in immediate danger, always call 999

Karma Nirvana is a registered charity set up in 1993 to help support victims of forced marriage. To find out more visitwww.karmanirvana.org.uk