A four-day summit Tuesday on ending sexual violence during war would be headed by British Foreign Secretary William Hague and Special Envoy for the UN High Commissioner for Refugees, actress Angelina Jolie. 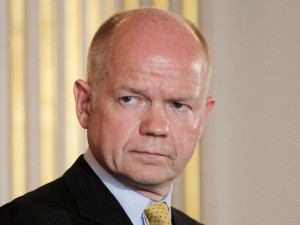 The event at the ExCel Centre in London, called the Global Summit to End Sexual Violence in Conflict, is the final result of a two-year campaign to raise awareness of the issue, BBC reported.

The summit is the biggest global meeting on this issue ever convened.

According to a British government statement, the summit aims to strengthen prosecutions for rape during war and increasing the prospects for successful convictions.

It also aims to take steps to reduce the dangers women face around the world. Soldiers and peacekeepers will be trained not only to understand the gravity of sexual violence, but to also prevent and protect women.

The summit will also work towards providing support for survivors of sexual violence.

The summit will work towards changing the myth that rape in war is somehow inevitable or a lesser crime. It will try to demonstrate the level of this issue around the world.

The summit will welcome around 140 countries and over 900 experts, NGOs, survivors, religious leaders, and international organisations.