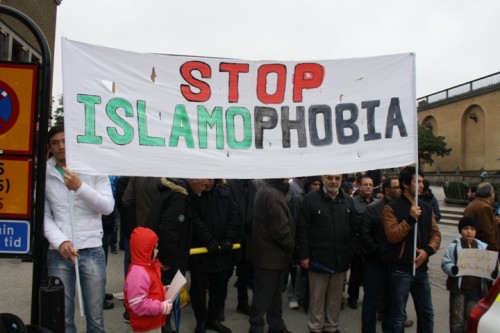 A high-profile conference on Islamophobia bringing together some of the issue’s leading luminaries is to be held in London on December 13, 2014

Organised by the Islamic Human Rights Commission the gathering will explore and suggest responses to the alarming rise of Islamophobia in the UK.

Recent years have witnessed an unprecedented increase in Islamophobic discourse that perpetuates bigotry towards Muslims and results in an intensified climate of fear that prevents people from expressing their ideas and beliefs. The extreme marginalisation of Muslims is an issue that affects everyone since it strikes at the heart of what it means to live in an inclusive democratic society,

The focus of the event is to analyse institutional and structural forms of prejudice and hatred with some focus on recent events, particularly in education, political activism, the criminalisation of dissent, the role of the media and the UK government’s anti-terrorist Prevent agenda.

IHRC aspires to erect a platform to build a connection between academia and grassroots work. The aim of the conference is not simply to rehash and configure what Islamophobia entails, but to instead discuss strategies and solutions in a systematic way.

The afternoon will begin with two panels addressing the audience. Each speaker will give a presentation on their own work while also outlining their concerns about state-inspired Islamophobia.  The range of speakers is wide with the likes of renowned academics and researchers such as Arzu Merali Salman Sayyid, AbdoolKarim Vakil and Hatem Bazian making appearances as well as activists such as Malia Bouattia and Richard Haley.

This will then be followed by an interactive Q&A and informal discussion with the audience – an activity designed to form part of the process of developing recommendations.

The conference will be streamed live on www.ihrc.tv and viewers around the world will be given the opportunity to participate and engage in the proceedings.

The event has been organised as part of IHRC’s work within the Decoloniality Europe Network. This year different parts of the network are adopting Parti Indigenes de la Republique’s community Islamophobia Conference format.