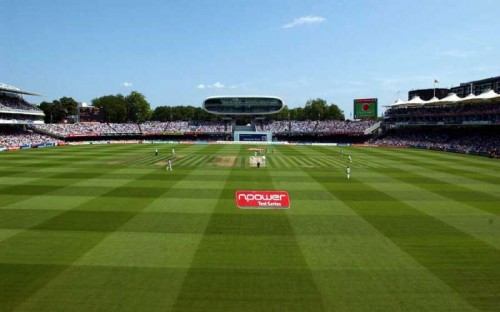 Lord’s Cricket Ground in London has been proposed as the venue for the ICC Cricket World Cup final when the tournament is staged in England and Wales in 2019.

The venue will also host the ICC Women’s World Cup final in 2017.

The England and Wales Cricket Board (ECB) will also recommend to the ICC that the semi-finals in the 2019 World Cup should be allocated to Old Trafford, Manchester and Warwickshire’s home of Edgbaston, with the opening game being staged at The Oval.

The tournament should also see Taunton host international men’s cricket in 2019 for the first time since the 1999 World Cup, when two matches were played at the County Ground, an ECB release said Wednesday.

There will also be proposed group matches for Durham, Leeds, Nottingham, Cardiff, Bristol and Southampton. All venue allocations are subject to approval by the ICC.

The West Indies won the first two finals – their only World Cup successes – while India recorded the first of their two World Cup triumphs in 1983.

In 1999, Australia won the first of their three consecutive World Cups in the fourth final to be staged at Lord’s.

ECB head of global events Steve Elworthy said: “The format of the tournament is also widely considered to be the most exciting with all teams playing each other in a 10-team group which will be followed by two semi-finals and a final at the iconic Lord’s ground.

“It is also fitting that Lord’s should be proposed to host the ICC Women’s World Cup final in 2017.”

Lord’s staged a Women’s World Cup final in 1993 when England beat New Zealand by 67 runs but this was before the tournament came under the auspices of the ICC.

The remainder of the venues for the ICC Women’s World Cup will be recommended to the ICC by the ECB in April.