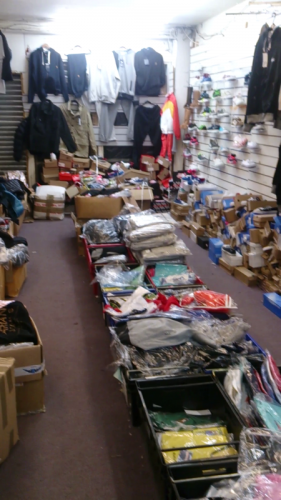 Manchester Police have seized over £1 million worth of counterfeit clothing in the Strangeways area of the city.

Sergeant Andrew Holvey of the Neighbourhood policing team said: “I would like to thank members of the community for providing us with valuable intelligence which enabled the raids.

“We acted on information received from local businesses and residents and I hope this shows our determination to crack down on this type of crime.

“I would like to reassure the local businesses and residents that we will continue to target these people to ensure a safer community.”