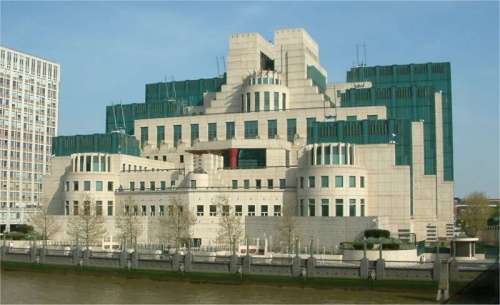 Younger has been overseeing the SIS’s intelligence operations worldwide for the last two years. He has had overseas postings in Europe and the Middle East and was the senior SIS officer in Afghanistan, the FCO said in a brief biography of the new chief.

He also led the service’s work on counter terrorism in the three years running up to the London Olympic Games in 2012.

Commenting on Younger’s appointment, British Foreign Secretary Philip Hammond said Younger would bring “a wealth of relevant experience”, including his work in Afghanistan and helping keep the country safe during the London 2012 Olympics.

“The work of SIS is world-class, and its operation vital to the safety and security of the United Kingdom,” Hammond added.

Younger will take up his appointment in November, succeeding John Sawers, who is stepping down as MI6 chief.

“I am delighted and honoured to become chief of SIS and lead one of the best intelligence agencies in the world,” said Younger in a statement.

“Our dedicated staff work tirelessly against an array of threats that this country faces. They do so in close partnership with both MI5 (the Security Service) and GCHQ (The Government Communications Headquarters) with whom I am looking forward to cooperating closely,” he continued.

Younger, 51, has been in the intelligence service since 1991. As an economics graduate, he used to be an officer in the British Army before joining the spy service.