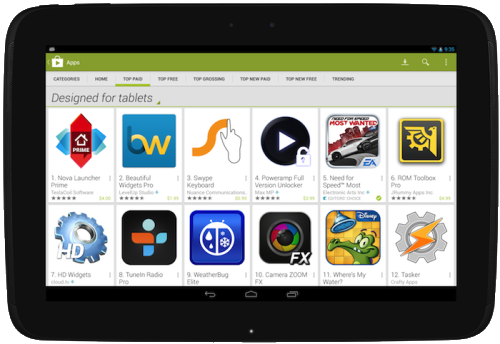 Tablets have replaced television sets as far as British teenagers are concerned with six in 10 children using a tablet at home – a 50 percent increase from 2013, a survey found.

With more than one-third of young people aged five to 15 owning their own tablets, the number of children with televisions in their rooms has fallen by a third in five years, according to a global research survey conducted by Ofcom.

The researchers found that 11 percent of children aged three and four have their own tablet – up from three percent last year.

Another survey by an American global research firm Smarty Pants has found that iPads have become the No.1 brand among six and 12-year-olds.