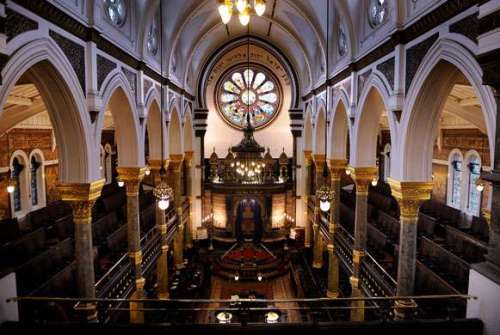 A gathering of Muslim and Jewish leaders took place in the European Parliament to denounce Anti-Semitism, Islamophobia and all other forms of bigotry.

The gathering, organised by Afzal Khan MEP in conjunction with the Foundation for Ethnic Understanding, was called in response to the searing clashes that took place over the Summer between Muslims and Jews in light of the Israeli – Gaza conflict.  The title of the event ‘We refuse to be Enemies’ was the core message of the gathering in the hope of countering the hostility and division caused between the two communities.

Muslim participants condemned attacks on synagogues, overt expressions of anti-Semitism and the murderous attack on the Jewish Museum in Brussels last spring perpetrated by a Muslim extremist. They also denounced the Islamic militant group, ISIS, and their acts of aggression against Christian and other minority groups in Iraq, as fundamentally out of line with the teachings of Islam.

Jewish participants condemned the violent response to demonstrations held by vigilante groups by Jewish extremists such as the Jewish Defence League. Both sides declared ‘that the only way forward is through reconciliation between our two communities’.

It is essential that this message of peace and togetherness by Muslim and Jewish leaders is sent out far and wide to all communities.  Today’s gathering is a true show of courage in the face of bitter aggression, hatred and bigotry’