The British government will soon unveil a new law on domestic violence, making it illegal for someone to exercise ‘coercive control’ over their partner, reported The Telegraph.

According to the new law, police will be empowered with new powers allowing the department to prosecute those who are guilty of psychological and emotional abuse. This means that the new law will not spare even men who control their wives and partners through threats or restrict their personal or financial freedom.

As emotional abuse is to become a criminal offence in the UK, a person convicted could face 14 years in prison. The new law is expected to come into force before the 2015 general election.

Meanwhile, a new campaign designed to encourage victims of domestic and sexual violence to get help and support is being launched in Leicester this week. 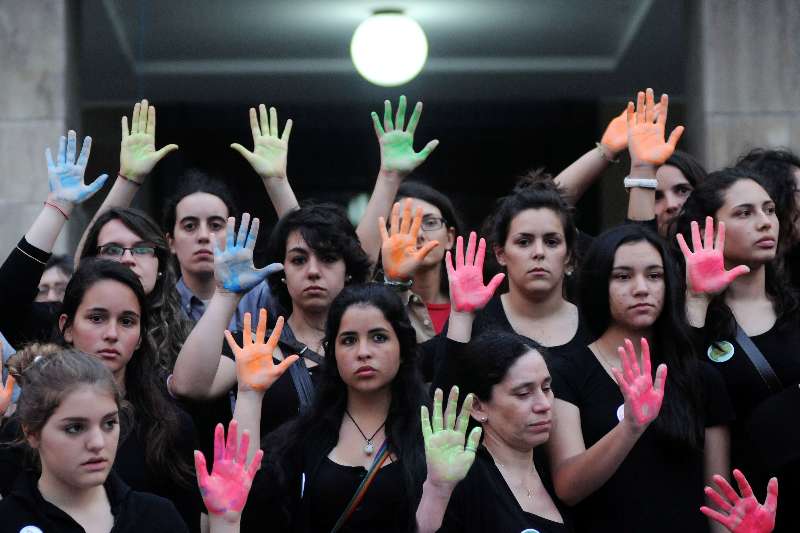 Say ‘No’ to violence

Called ‘How Many Times’, the campaign has been created with the input of survivors of violence and responds to national research that shows women will experience 36 incidents of abuse before seeking help. Its aim is to increase awareness of dedicated helplines and support services on offer to both men and women in Leicester, Leicestershire and Rutland.

Funded by the Police and Crime Commissioner Sir Clive Loader, the campaign is being led by Safer Leicester Partnership, which is made up of local agencies, including the city council, police, fire and rescue and victim and witness support services.

Cllr Sarah Russell, the city council’s assistant city mayor for neighbourhood services and chair of Leicester Community Safety Partnership, said: “It is likely that more than 40,000 women in Leicester may have experienced domestic abuse in their adult lives. This is around a third of all women in the city.

“However, we know that incidents of domestic and sexual violence are under-reported. For many people, it’s not a simple choice of talking about abuse or remaining silent. Many factors influence this decision, including fear and shame.

“In Leicester, Leicestershire and Rutland, the councils, police and other agencies are working together to make sure that men and women know how to get the support that’s available. This campaign is telling people that they do have choices, and that they are not alone.”

County councillor Joe Orson, chair of the Leicestershire Safer Communities Strategy Board said: “Domestic abuse and sexual violence can affect anyone, and have long lasting impacts on individuals, families and communities.  We take these issues very seriously and I welcome this joint campaign to raise awareness and encourage people to seek support.”

The posters ask questions such as: ‘How many times – will you try and block out what has happened?’ and ‘How many times – before the abuse affects your children?’. They all feature local volunteers, who have lent their support to the campaign by acting as models.

The campaign will include the release of a film that illustrates the role of friends and families in stopping abuse, and a drive to recruit community champions who will be trained to spot the signs of domestic violence and to support people in getting help.