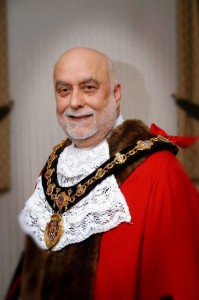 An India-born Councillor has been elected as mayor in Erewash ward in Britain’s Derbyshire, a media report said.

The Conservative Party’s Councillor for Wilsthorpe, Kewal Singh Athwal, became the first Erewash mayor to be elected by a casting vote at a meeting at Long Eaton Town Hall in Derbyshire, Nottingham Post reported Tuesday.

The outgoing mayor, Councillor Val Clare, cast her vote to elect Athwal to be the civic leader of the 51-seat authority, after the borough council was split with 25 votes for both Kewal Singh Athwal and the Labour Party’s Councillor Frank Phillips, who represents Ilkeston.

Athwal is the first mayor from an ethnic minority group to hold the position.

Born into a Sikh family in Punjab state near the city of Jalandhar in India, Athwal moved to Britain in 1961.

His career has been mainly in two industries — motor trade and textiles.

He started on the shop floor of both industries and progressed to senior managerial roles, the report said.