Six members of a gang in Britain, accused of killing an Indian-origin businessman, were sentenced to jail Friday. 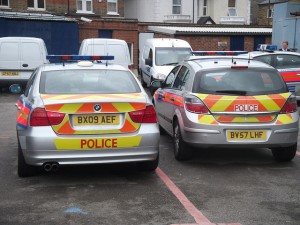 Shammi Atwal, 45, was pushed into the path of an oncoming lorry outside his shop in Barking, East London when he tried to stop the robbers Oct 14, 2013, the Mirror reported.

Armed with sledgehammers and metal bars, the gang smashed their way through a number of doors, threatening the cashiers and demanding they hand over money.

The shopkeeper and some of his colleagues chased the robbers, and Atwal managed to grab hold of one. But there was a struggle, and one of the gang members pushed Atwal, the report said.

He fell on the road, into the path on an oncoming lorry, and was pronounced dead at the scene.