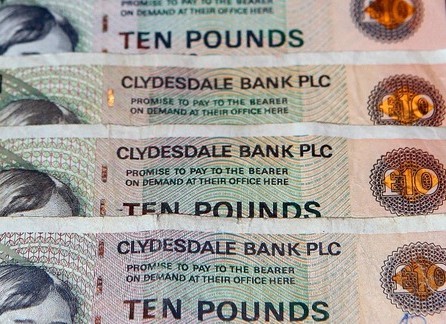 Scotland’s Clydesdale Bank said Friday that it will next year release Britain’s first plastic banknotes to mark the 125th anniversary of the Forth Bridge — a rail bridge in Britain.

The bank will release two million five pound notes from March 2015 to coincide with the anniversary of the opening of the rail bridge.

The Clydesdale Bank note, which is smaller than the existing notes, celebrates the nomination of the Forth Bridge for inclusion in the UNESCO’s World Heritage List in 2014.

The note also features the image of Sir William Arrol, one of Scotland’s most celebrated engineers whose company constructed the Forth Bridge.

Built over seven years, the Forth Bridge was opened March 4, 1890 as the first major structure of steel in Britain.

In December last year, the Bank of England announced that it planned to issue plastic banknotes for the first time from 2016 when a new five pound note featuring Sir Winston Churchill will be introduced.

A 10 pound note featuring Jane Austen will follow around a year later, to be made from polymer rather than cotton paper which is currently used.

Polymer notes are proven to be more durable than existing notes, with research finding that they stay cleaner for longer, are more difficult to counterfeit and are at least 2.5 times longer-lasting.