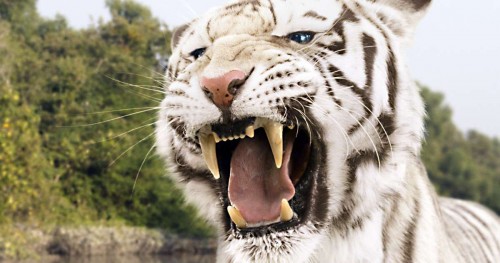 With its lush mangrove forests and endless square miles of mudflats, wetlands and tidal waterways, the Sundarbans National Park of West Bengal has long been fascinating and forbidding at once, not least owing the park’s most famous residents, the majestic and menacing Bengal Tiger. The Tiger’s endangered status and its often-terrifying reputation as a man-eater has resulted in it gaining near-mythical status among visitors as well as the inhabitants who call the UNESCO World Heritage Site home.

This age-old relationship between man and beast is set to leap roaring on to UK cinemas this week with director and producer duo Kamal Sadanah and Abis Rizvi’sspectacular thrill-fest ‘Roar: Tigers of the Sundarbans’.

The thrilling journey begins following the disappearance and death of a young journalist whilst on assignment in the Sundarbans.  When the journalist’s brother arrives in the area to reclaim his body, he is stonewalled and forced out by locals who live in terror of an unseen beast who’s roaming the mangrove forests and wreaking havoc.
Determined to find his brother’s remains, ‘Pundit’ assembles a motley crew of mercenaries and adventurers to mount the search, with the help of a beautiful and mysterious local guide. 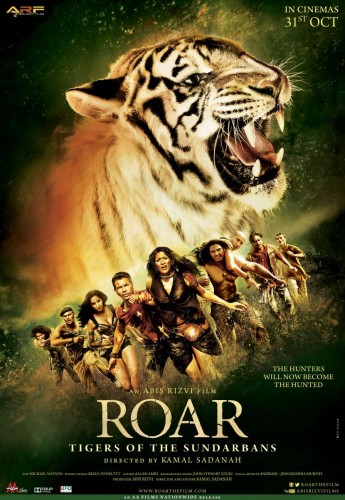 The ensuing journey takes the team on a terryfying , high-speed chase through one of the most menacing environments on the planet: one which will test the men and women’s courage and resourcefulness to the very limit as they trek deeper and deeper into the marshy heartland of the Sundarbans.

Along the way the team have to battle not only the formidable and frightening beast who rules the Sundarbands but a host of other adversaries including a villainous Tiger poacher.

To give the film as authentic a look and feel as possible, the writers, producer and directo team Kamal Sadanah and Abis Rizvi, along with the cast and crew, lived on board several large fishing vessels on one of the many estuaries that criss-cross the Sundarbans, living amongst the myriad wildlife of the area, taking in the sights, sounds and the sense of terror one feels in the presence of some of the most dangerous creatures in the world which, apart from the area’s Tiger population, also includes salt-water crocodiles, feral wild boar and dozens of varieties of snakes. 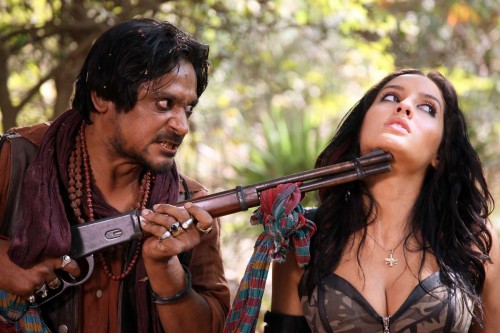 The team also used a variety of cutting edge technologies, including ‘Helicams’, unmanned drones mounted with high-resolution cameras which provide a true bird’s eye view of the vastness and beauty of the Sundarbans.

Sadanah and Rizvi enlisted the assistance of the famed Pune-based visual effects firm Anibrain whose previous credits include ‘The Amazing Spider-Man’, ‘Harry Potter and the Deathly Hallows’ and the acclaimed Chinese war drama ‘Lust, Caution’.

The film attracted the attention of distributors at the Cannes Film Festival earlier this year as well as Bollywood superstar Salman Khan who came on board to promote the film after seeing the first spectacular teaser trailer.

‘Roar: Tigers of the Sundarbans’ is in UK cinemas 31st October.
It is produced by Abis Rizvi films and directed by Kamal Sadanah