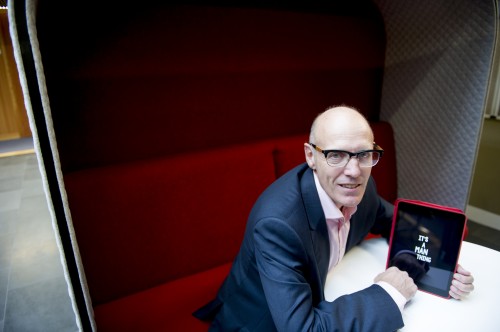 A top cancer consultant has teamed up with leading musicians to reach some of the men most at risk of prostate cancer through an innovative awareness raising campaign using the medium of music.

The ground-breaking project was initiated by musician John Hoo (stage name Johnny Hoo), a prostate cancer patient at the Queen Elizabeth Hospital Cancer Centre, who was under the care of Professor Nick James.

The team have written and produced a series of pieces of music in a range of styles, including Reggae and Bhangra with the theme “Prostate cancer: It’s a Man thing.”

Featuring artists such as Wayne Irie, Mendhi Mohinder Singh and Ash Kumar, the music will be available to download via all major online stores as well as via a limited edition CD.

Professor James, who is based at the University of Warwick and Queen Elizabeth Hospital Birmingham, said: “We aim to raise £1 million to increase awareness and to encourage high-risk groups to get themselves checked out and treated at an earlier stage.

“Working together with these respected and recognised musicians means our message is more likely to be heard by sometimes difficult-to-reach groups.”

In November 2013 they organised a jazz concert with special guest Courtney Pine and numerous local jazz musicians and friends. With the support of Prostate Cancer UK and the QEHB Charity, they raised over £4,000.

John said: “We realised how effective music was in conveying the message, especially within the black community and that we needed to target black men in particular to be aware of prostate cancer and to educate the health services to their specific cultural and social barriers. We also realised that this would benefit all men as the profile of prostate cancer through music could have a greater impact.”

The campaign will be launched as a musical event on November 21st at the Hyatt Regency, Birmingham. There will be live music from special guests Courtney Pine, Wayne Irie, Mark Hamilton, Johnny Hoo and a host of musician friends.