Rajah  spices creates media history in the UK as the popular brand releases its new TV commercial campaign across leading channels simultaneously. Raja has become first  brand in the UK to roadblock transmissions in this manner 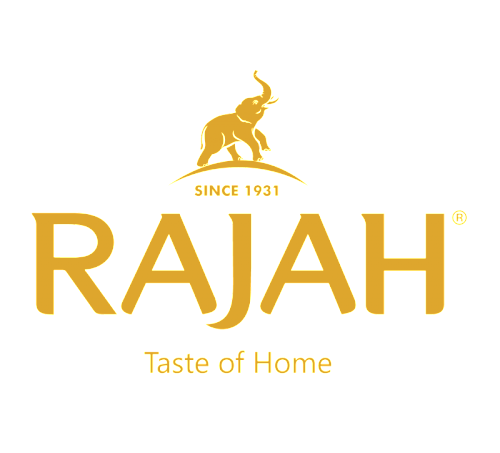 Rajah, the illustrious spice brand, is launching their new campaign tomorrow (Friday – Sept.5) in promotion of their revamped branding and sleek new TV commercial that brings to life the authenticity and tradition Rajah is renowned for.

As the most established South Asian spice brand in the UK, Rajah seeks to celebrate the nostalgia and roots of their most popular spices including turmeric, garam masala and red chilli powder though a series of cinematically dazzling TV commercial produced by Here & Now 365 Ltd (HNN365) that bring to life its brand ethos.

Since 1931, Rajah has brought consistent quality and authentic spices to South Asian households. After going on a three year hiatus from television advertising, Rajah is back in top form. Through the aroma of turmeric, the flavours of garam masala and the colour of red chilli powder, Rajah will premiere its new advert in the most flamboyant way possible. Its 60-second advert will premiere on September 5 at 9pm across a number of channels simultaneously. It will be the first ever roadblock advertising campaign executed and conceptualised by HNN365 where a TV advert will launch across a number of channels simultaneously creating a “roadblock”, thereby owning the television media space at the peak family viewing time on a Friday evening.

Rajah was founded way back in 1931 by former Indian Army officer, who opened a small shop in London called Bombay Emporium. Originally products were limited to whole and ground spices but as the UK Asian population grew and the nation’s appetite for Asian food expanded other products were introduced such as curry pastes, chutneys and pickles, and Poppadums. Today, and now in newly designed packaging, Rajah is a leading ethnic spice brand in the UK offering authentic spices, and its products are used both in-home for household cooking and in Indian and Asian restaurants throughout the UK. 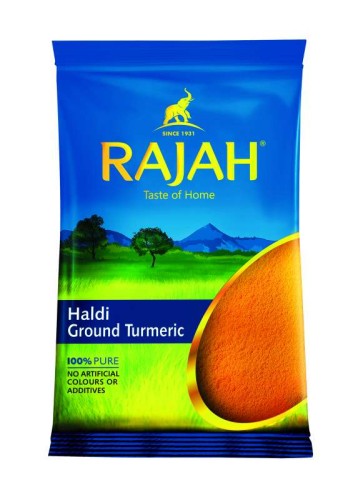 Rajah’s Senior Brand Manager, Hina Sharma says: “Rajah understands the deep connection consumers have with spices and the link to ones roots and tradition. As the premium spice brand in the market we wanted to find a compelling way to tell our consumers that Rajah truly delivers the taste of home, whilst finding the perfect balance between our modernity and the heritage of our oldest brand. The unique treatment of the TVC takes you on a visual journey back to the roots of spice and spice culture showcasing our passion for tradition and authentic flavours. Working with HNN365’s has brought our vision to life with their expertise, market insights and dedicated team.”

The TVC will take you back to your roots and convey the brands experience in spices, which has been passed on over generations to recreate the authentic ‘Taste of Home‘. Not only that but with its grand launch and smaller commercial films which will be played on leading South Asian channels – HNN365 has worked on a one of its kind media planning and buying strategy which will bring the ad to life on every South Asians TV screen.

Manish Tiwari, Managing Director at Here & Now 365 says: “As an ethnic media agency our endeavour is to create groundbreaking campaigns that change the face of the South Asian marketing landscape. Through the Taste of Home campaign, we aim to blend the experience and expertise of South Asian heritage along with the aspirations of contemporary times. Through the Rajah TVC as a company we aim to make waves in the food sector by capturing the true essence of the brand and the feelings of the consumer in the most innovative way possible through media planning, buying and creatives.”

Vasdev Tuli, Head of Advertising Sales, Zee TV says: “It’s exciting to be a part of this unique and challenging advertising opportunity. As the most premium name in spices, Rajah and HNN365 has presented ZEE TV with an innovative campaign that we are delighted to be a part of. We look forward to the build-up and anticipation to September 5.”

Seema Menon, Director of Sales UK & Europe, Sony MSM Network says: “We have worked with Rajah and HNN365 on a number of projects in the past, but there is a quality that is so refreshing about Rajah’s latest campaign. SONY is tremendously excited to be a part of this extraordinary initiative to do something groundbreaking and different which has never been done before with a roadblock.”

So watch out for Rajah’s new TV commercial which promises to change the face of ethnic advertising in the UK at 9pm on September 5 on the following channels: Zee TV, Zee Cinema, Zing, Lamhe, Zee Punjabi, Set Asia, Set Max, SAB, Bangla TV, B4U Music, Hum TV and many more.