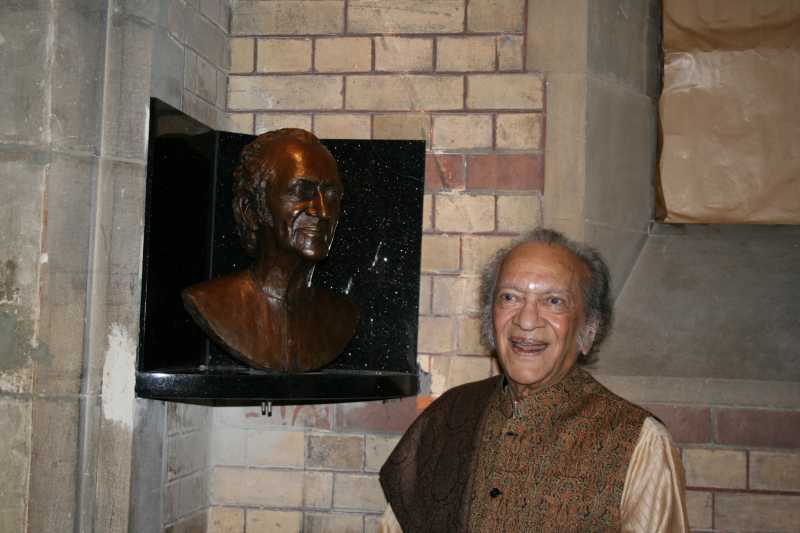 Ravi Shankar, known as the “Godfather of World Music” was one of the most influential musicians of all time. As music guru to the Beatles, his music rapidly spread throughout the world, crossing all cultural and generational boundaries. Before his death in December 2012, he was working with conductor David Murphy on an opera, “Sukanya” based on a popular story from the ancient Indian epic the Mahabharata. A joyful, accessible piece it is about the discovery of love late in life. It also relates to his own experience of life and love.

David Murphy, author Amit Chaudhuri and Anoushka Shankar have been completing the opera from the sketches and notes the maestro left should he pass on before the completion of the work. He wanted Sukanya to combine music, dance and animation in a completely new way.

At over 1.8 million words, the Mahabharata is the longest of the Sanskrit epics of ancient India: ten times the length of the Odyssey and the Iliad combined! The story of Sukanya comes from Book 3, Vana Parva (Book of the Forest).

Chyavana, a young man, is meditating in the forest. His meditation becomes so deep that ants begin to build a nest around him. Time passes and a huge ant hill is formed. Eventually local people advise each other: “don’t disturb this mound – my grandfather said a sage is meditating under there”.

One beautiful spring day King Saryati comes to the forest with his retinue for a spring festival. His only daughter Sukanya notices the ant hill and seeing what looks like two jewels glowing from within, pokes them with a sharp stick.
There is a scream from inside the ant hill, the glow goes out and Sukanya, terrified, runs away. The weather changes, and the king and his entourage begin to feel ill. Sukanya senses that it is something to do with the jewels in the ant hill and confesses. They investigate the huge ant hill. Chyavana, now a Sage and a very old man is revealed beneath, he has been blinded, and as compensation asks for Sukanya’s hand in marriage.

The King, aware of Chyavana’s spiritual stature agrees. Sukanya lives with the sage happily and faithfully in the forest for many years. One day she is spotted by the Aswini Devas, two beautiful youthful demigods. They ask: “why are you with this old man when you could marry one of us and live in paradise?”

Sukanya politely refused the offer, confirming her devotion to her husband. The young gods spoke again. “You should know that we are the physicians of heaven. We have a deal for you. We shall make your husband young and handsome and looking exactly like one of us. You must then choose one among the three”. Sukanya was willing to take this test.

The youths asked her to bring her husband to a nearby lake. The sage and the young gods immersed themselves completely in the water at the same time. When they rose up Sukanya found three identically looking handsome youths.