Thousands of Sikhs march through central London in protest over the storming of India’s Golden Temple 30 years ago. The protesters are seeking the assault of June 1984 be recognised as a genocide, BBC reported. 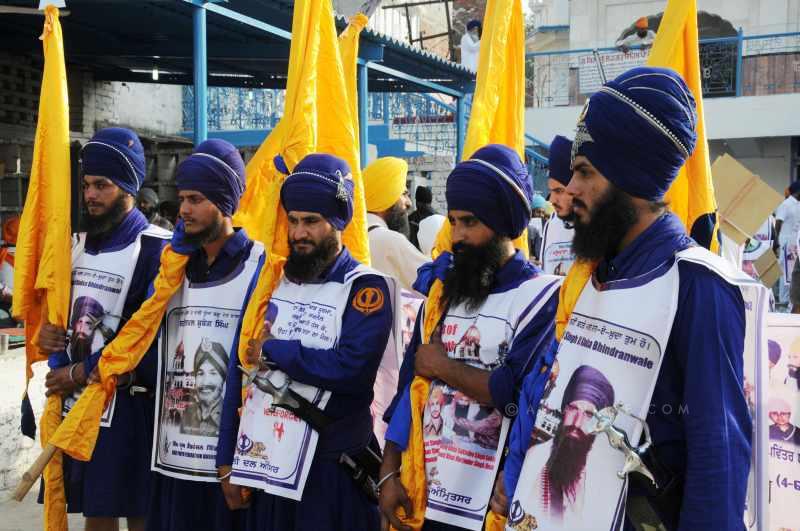 Demonstrators also say India did too little to prevent the killing of thousands of Sikhs in rioting later that year.

British Sikhs have also been angered by the revelation in previously secret papers published by the UK government in January, which showed that an SAS officer was recruited to help plan the operation.

It has added to what has often been a preoccupation among Sikhs – including those in Britain – with the scars left by the events of 1984.

The temple – or gurdwara – was built of white marble by the fifth Sikh guru, Guru Arjun, in the 16th Century – and later partly coated in real gold. Guru Arjun later completed the Adi Granth – the holy scripture of Sikhism – and placed it in the temple.

The image of the Golden Temple in the centre of a lake of holy water – the “Amritsar” that gives the city its name – is iconic for Sikhs.

This building and others around it were taken over by militants under the leadership of an extremist seminary student Sant Jarnail Singh Bhindranwale.

Bhindranwale wanted an independent homeland for Sikhs, where they could escape what he claimed was discrimination from the Hindu majority.

There were also demands for a greater share of the water from sources serving Rajastan and Punjab.

To the government of Indira Gandhi, the movement represented a destabilising influence in a strategically important part of the country.

Mrs Gandhi ordered Operation Blue Star, which led to commandos, and later tanks, being used to attack the temple complex.

The botched attack led to the deaths of many.