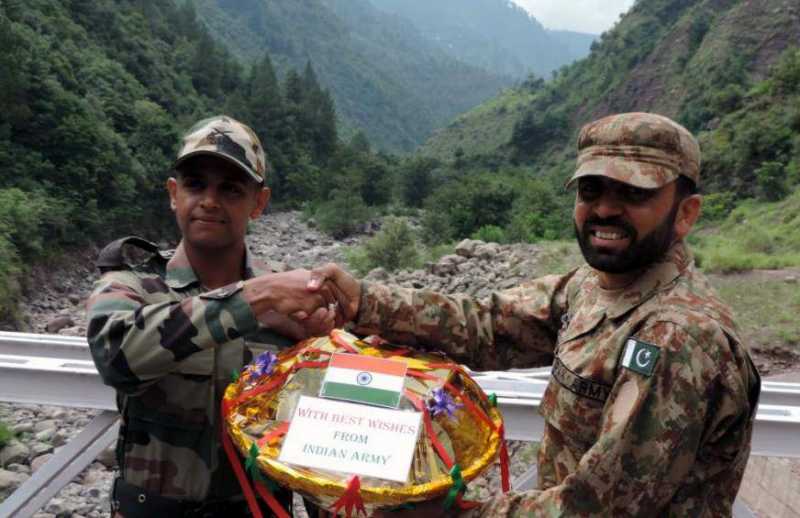 David Ward the Member of Parliament for Bradford East recently tabled a motion to “debate” the political and humanitarian situation in Kashmir. This is scheduled to place in the British Parliament on Thursday 11th of September 2014.

Perhaps David Ward MP and those engaged in the debate will familiarise themselves with the  following facts in relation to Jammu and Kashmir: Jammu & Kashmir is an issue on which India has been holding dialogues with Pakistan and will continue to hold them, in an environment free of violence and terrorism. The Simla Agreement between the two countries requires them to deal with this bilaterally. It may be noted that the Prime Minister of India had invited the Prime Minister of Pakistan for the oath taking ceremony of his Government and held discussions with Pakistan’s Prime Minister thereafter. India has kept open all prospects for building constructive relations with Pakistan; conditional upon a firm commitment from Pakistan to end all acts of terrorism and violence.

It is a widely recognised fact and clearly recorded internationally that infiltration of terrorists into Jammu and Kashmir are aided and abetted by Pakistan, including through the use of cover fire and other military actions on the border. Pakistani cover fire for terrorists has recently caused some cross border shelling following which discussions have been held between military authorities of the two countries to restore calm. It is necessary that no encouragement should be given to the proponents of terrorism and Jihadi elements which are being sent into India to create mayhem. It has been widely reported in the international media that some extremist groups have support and links with sympathetic supporters from the   British Pakistani communities settled in the UK.

The role of Indian armed forces in humanitarian activities in the state of Jammu and Kashmir is well appreciated. The Indian army is currently performing yeoman service to help the population affected by flooding in Jammu and Kashmir.

The recently concluded Indian elections were the largest exercise in democracy in the history of the world where 550 million free Indians (including 7 million in Jammu & Kashmir) voted in peaceful elections,and witnessed orderly transition of power to, a new Government, with a new vision. In the elections for the legislative Assembly of the state of Jammu and Kashmir in year 2008, a total of 6,479,375 electors participated with overall voting percentage of 61.23%.

Generous public participation in the democratic process shows the faith of the people of Jammu and Kashmir in the choices they make for the governance of their state under the Constitution of India.

The peaceful democratic process in the state of Jammu and Kashmir is in contrast to the situation across the border in Pakistan occupied Kashmir.

The Government of India and the authorities in the State of Jammu and Kashmir have taken actions fully in accordance with the fundamental principles of the Indian constitution which has the protection of human rights firmly enshrined. Jammu and Kashmir has been a target of Pakistan sponsored terrorism for several decades and terrorists have been responsible for serious human rights violations witnessed by the world. The Indian Government has sought to maintain transparency in the State. International and the Indian media personnel, Foreign Diplomats, the International Committee of the Red Cross, all have had free access to Jammu and Kashmir. The National Human Rights Commission of India and the Jammu and Kashmir State Human Rights Commission are performing a stellar role in taking cognizance of and enquiring into allegations of any human rights violations by security forces and initiating punitive action where appropirate and necessary to do so.

India and the UK have taken steps to enhance their relationship. Recent months have seen visits by senior ministers, including the Deputy Prime Minister, Foreign Secretary and the Chancellor. The British Prime Minister is scheduled to visit India by the end of 2014. Positive trends in Indian-UK relations should be encouraged and nurtured rather than be allowed to be adversely affected by misrepresentation of facts about the situation in India.